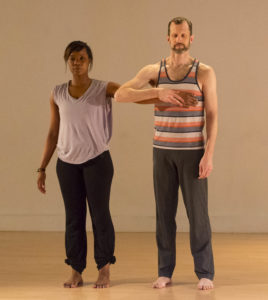 The talents of Dance Center of Columbia College Chicago faculty members and alumni will be featured in “Set Free,” a weekend of performances stemming from a residency program produced by the Watering Can and Links Hall August 18-21 at Links Hall at Constellation, 3111 N. Western, in Chicago.

Peter Carpenter, associate professor and interim chair at the Dance Center, will team up with Columbia College alum Tia Greer (BFA ’13), a graduate of the Columbia College Dance Center’s Dance BFA program with a concentration in pedagogy, for document shoot rehearsal run, a duet choreographed by Carpenter, on Thursday-Friday, August 18 and 19. Carpenter’s document shoot rehearsal run marks a return to considerations of identity construction from earlier in Carpenter’s career as an independent choreographer whose dance and physical theatre performances have often intersected with critical theory, queer politics, and activism. While exploring formal concepts of representation, frame, and syntax, this work also looks into the categories and assumptions that construct our social realities. Carpenter and Greer have used the “Set Free” residency process to develop a complex and idiosyncratic partnering relationship while also exploring notions of documentation in performance. 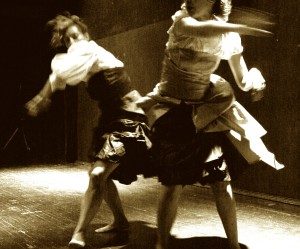 Lisa Gonzales and Jennifer Kayle in “so softly here.”

And on Friday-Saturday, August 20-21, Dance Center associate professor Lisa Gonzales, an independent dance maker whose work often investigates some aspect of the power and frailty inherent in humanness, will perform in so softly here, a work that allows Gonzales and her longtime collaborator Jennifer Kayle to investigate their interest in states of being and becoming. Movement, objects, voice, images, and the relationships between are mined in the constantly shifting present, while also building a ground on which to stand. 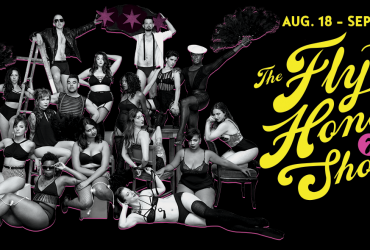