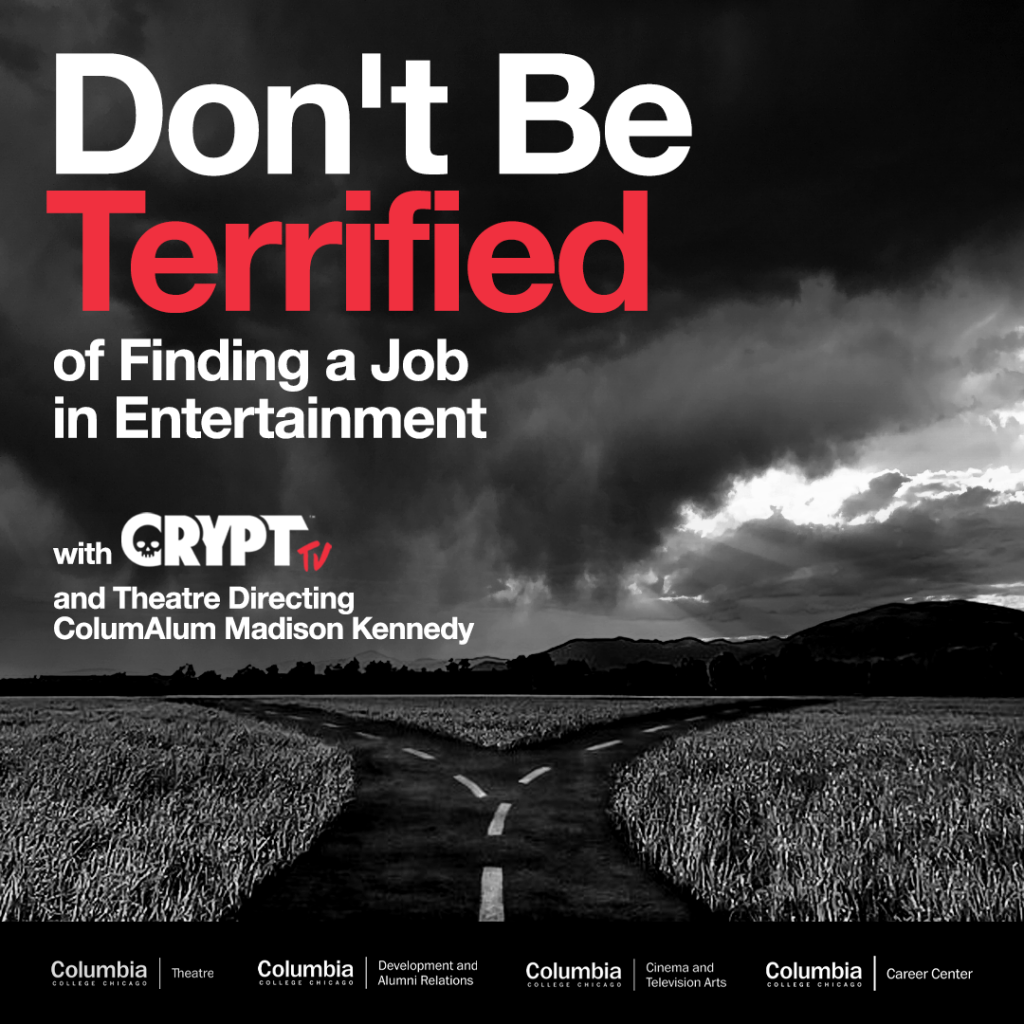 The Career Center caught up with Madison Kennedy to talk about the journey between graduating in Chicago in 2018 and landing in LA with Crypt TV, an entertainment company that develops, produces and distributes horror themed digital content.

Watch the recorded conversation here  – passcode: ^e3@Xa9a  – and learn more about how to submit projects to Crypt TV.

Since graduating in 2018 from Columbia’s Theatre Directing program, Madison Kennedy ventured from Chicago to LA determined to pursue opportunities in entertainment, finding work as a production assistant, research assistant, and video editor, and tapping into Columbia’s alumni network. She’s since worked alongside ColumAlum and award-winning Director/Cinematographer Michael Goi, known for “American Horror Story” and several other projects of the same genre. Over the past year she has written, directed and produced multiple short films including “Shattered” which recently won awards for best thriller at Prague International Film Festival and Independent Shorts Awards.

Brendon started at Crypt as an intern before the company’s first round of funding was secured. He has since risen through the ranks to his current position as Senior Director of Business Development & Operations.

Alyssa graduated with a BFA in film, photography and visual arts from Ithaca college. She interned at Comedy Central before moving on to work at Geek & Sundry, Super Deluxe and JASH. She now serves as Crypt’s Director of Social and Audience Development.

Derek started in entertainment as an actor a decade ago (you can find him bro-hugging Justin Bieber in one of his music videos.) After graduating with a BA in psychology from UCSD, he pursued entertainment marketing, spending several years managing content distribution at Turner’s Super Deluxe. He’s now Senior Manager of Marketing & Distribution Operations at Crypt TV.

Crypt TV is a Los Angeles based entertainment company that develops, produces and distributes horror themed digital content, with an emphasis on monsters and recurring characters in a connected universe. In 2015, Crypt was founded by Jack Davis and Eli Roth, and backed by Blumhouse Productions.

Crypt’s universe of original characters has over a billion views and a community of over ten million fans around the world. Crypt characters have been featured live at Knott’s Scary Farm, Halloween Horror Nights and 13th floor’s Haunted Hayride.  In addition, Crypt TV makes engaging original scary video content directly for the top Hollywood studios including Fox, WB and Netflix. 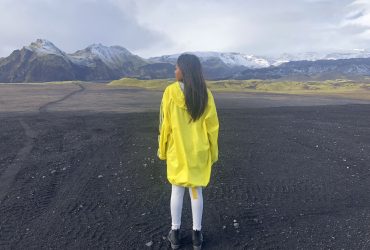