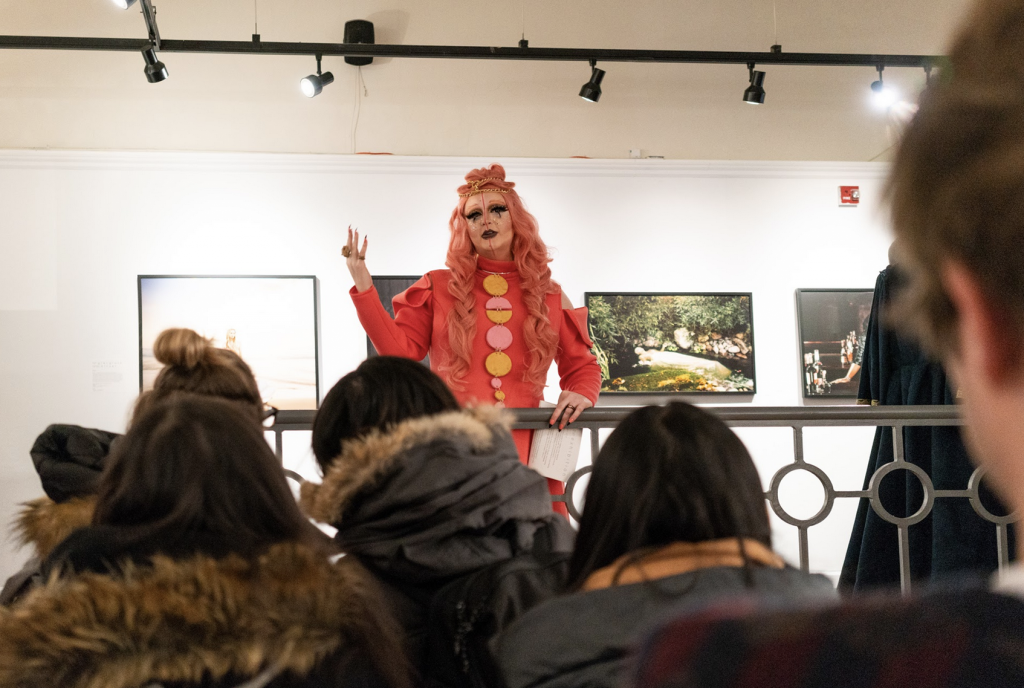 Kelly Boner is a visual and performance artist, as well as a second-year Master of Arts Management student at Columbia College Chicago. Recently Kelly curated Fulfilled Fantasies: Contemporary Chicago Drag Works at Hokin Gallery. We caught up with Kelly to talk about her exhibition, the Chicago drag scene, and the future of drag.

Congratulations on your exhibition! Now that it’s over, how do you feel about it?

Thank you…I’m really happy with the overall reception of the exhibition. It seemed that there was a lot of traffic through the Hokin and positive response to the exhibition generally. It gave me a lot of momentum professionally, and I’m hoping I can pitch the idea to other organizations across Chicago to keep expanding its reach.

How long have you had this idea? Was it hard for you to start working on it? What did you expect at the beginning?

I started working on the idea of the show in Bob Blandford’s curatorial practicum in Spring 2018. I knew I wanted to do an exhibition on drag, although I wasn’t sure what that would look like or what I even meant–would it be about drag history? Would it be about drag nationally? Would it be about local performers? And if so, how would I showcase them? I had a mishmash of ideas while also wanting to overlay some pretty heavy gender theory. It was a matter of getting all those thought processes out on the page so I could begin editing them into something more realistic and focused.

I was dimly aware of drag since I went to undergrad, but I became super interested in it during a weekend in 2013 when I went to LA and a friend of mine threw season 3 of Drag Race on TV for us to watch. From episode 1, I was hooked. It was only a matter of time before I transferred my love of Drag Race to local drag. 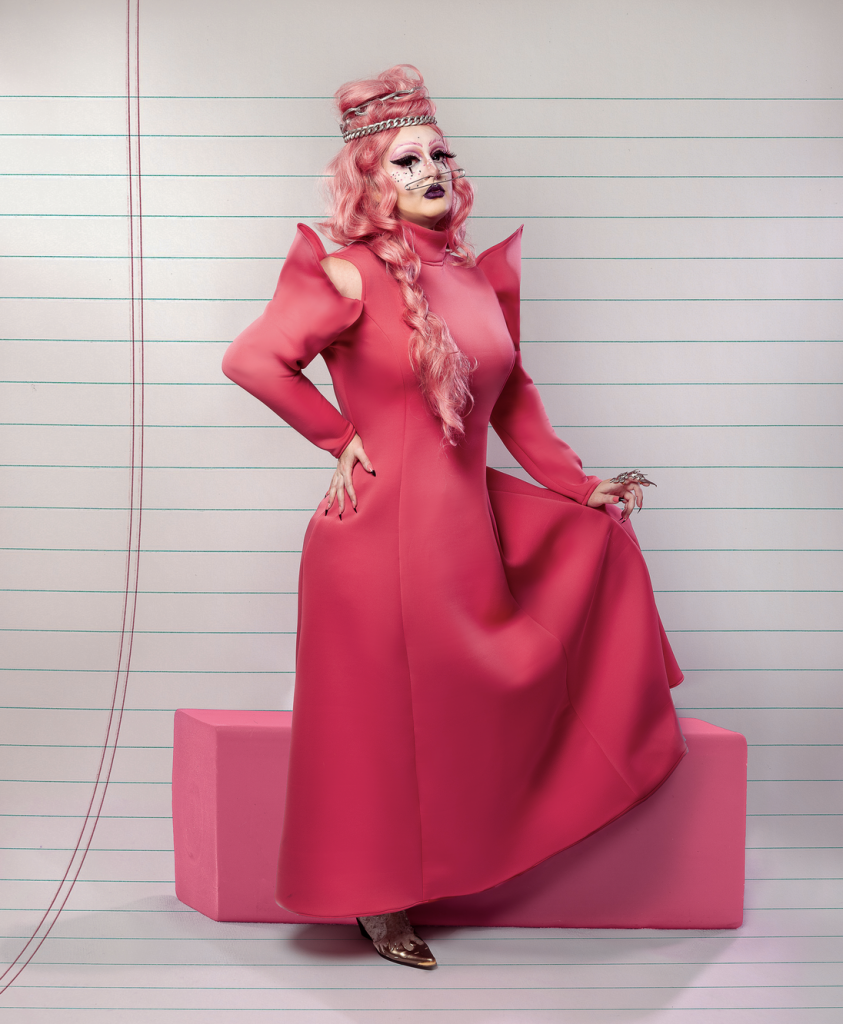 Do you remember your first lip-sync? How was it?

Yes, my first lip-sync was on August 8, 2016 during Round 1 of Crash Landing, a local drag competition held at Berlin. The song was Lykke Li, “I Follow Rivers.” Here’s a link to my makeup from that night: https://www.instagram.com/p/BI5Tj5eAv5A/

Did it change you somehow? How did you feel yourself after your first lip-sync?

I have a history performing with my brother in our band, The Beauty 2s, which was a project that lasted about 5 years. We disbanded (pun intended) in December 2015 and had our last show in spring 2016, so the lip-sync was my first time getting back on stage since the band broke up. It felt good to be back, but lip-syncing is way different than performing as a vocalist in a band. It’s simultaneously harder and easier: harder because the spotlight is entirely on you with no other folks on stage to draw attention and no mics to hide behind, and easier because if you flub a word here or there it’s not going to be as immediately apparent. All of that is to say that I felt exhilarated and mostly relieved after my first time performing, but I can’t say it changed me. I still have an ambivalent relationship with my own performance practice; mostly I am interested in the visual element of drag.

What’s the future of drag?

Drag is at a unique intersection in its history right now. It’s become more widely accepted in American culture than ever (I can’t speak to global culture as accurately), while the number of world-renowned drag queens has exploded due to the popularity of RuPaul’s Drag Race. The question is what happens after the show wanes in popularity, as most reality TV shows have a bit of a life cycle. Some think that drag as an artform is experiencing a bit of a bubble that might burst; one of my hopes in working in and around drag is to create more avenues for the artform to sustain itself in the long term. A drag union might be one way, as organizing performers to be treated better and to have more safety measures put in place would make it a safer profession. Another way is moving more into fine art and education spaces, to continue to advocate for drag as an artform that has its own role in academia. The future is unclear, but I think one thing drag will have to do is make more room in its quest to be inclusive to all gender identities, as currently the bulk of the performers who are making a good living as famous entertainers are cis men. 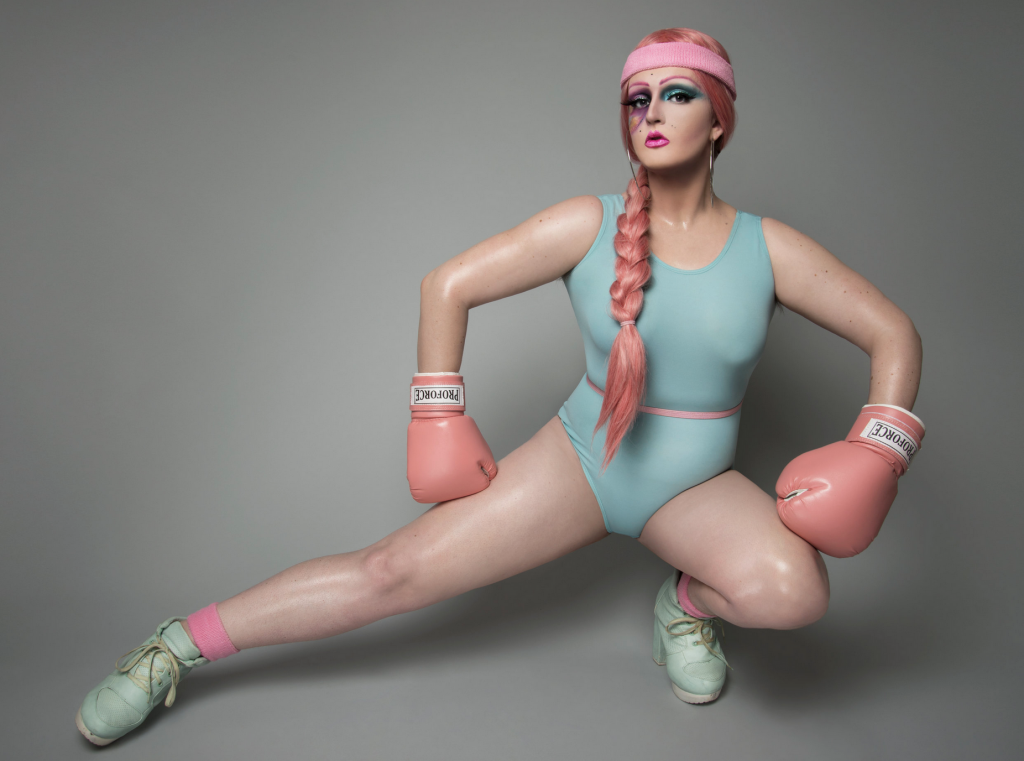 What’s the number one city for drag culture in the USA? Where is Chicago on the scale?

It’s hard to rank the cities in this way…every major city in the US has a different drag culture and a different feel to it. New York, for example, has so many performers and types of venues that you could argue the diversity makes it number one. And Los Angeles is the best place for a drag performer who wants to work in television and film, but that’s true for most entertainment professionals. Most performers who live in Chicago, myself included, would argue that we’re number one because of the strength of the community and because of the accessibility of being able to perform here.

What can we expect next from Kelly Boner?

Panic attacks as I figure out what happens after graduation. Joking aside, my immediate plans are to continue pulling looks and working with Chicago photographers to create new and beautiful images. I hope to pitch Fulfilled Fantasies to some new venues. And I’m going to start scouting my next major project.