Love of my Life

My mother called me the love of her life.

We used to sit together on sticky white plastic chairs on the sun-cracked concrete outside our trailer, me staring at her staring at everything.
“Brandy, it’s just you and me against the world,” she would promise.

The lines in her sunburnt skin would crease under the unforgiving rays of sunlight as she drank lukewarm beer, holding my hand between her quivering fingers. Occasionally, when it was just the right time of the evening, she would turn gold—her bleached hair shone luminescent, her prematurely-aged skin was cleansed of sunspots, her three-dollar hoops sparkled as if they were worth something, and even the bubbles of her beer became gilded. Yet even when everything glistened, her eyes remained flat and sad, sunken into her face. Their dullness only cleared when she drank herself into oblivion—when her irises turned a dripping honey-brown and her mouth spread into a painfully wide, languorous smile.

I like to imagine she drank to escape the trailer park—its dust-infused condemnation—and not her mistake of a daughter. Maybe she was trying to forget the betrayal of the American dream; sometimes, if she got especially intoxicated, she would sing the national anthem, her words only whispers on the warm valley breeze. Lost before they had the chance to be heard.

My mother called me the love of her life, but the true love of her life is that which she named me for: alcohol. The child she nursed by day and the lover she lay with at night—her only true solace. A beautiful killer.

I do not have a father, biological or otherwise. I cannot believe the truth science tells me: that a baby must grow from a sperm and an egg, that a baby cannot exist without a man and a woman.

Instead, I imagine that I was conceived on a warm night when the velvety darkness pressed on my mother’s shoulders and she took a bottle of spirits into her bed. Her straw-blonde permed ringlets smashed against the pillow as she sweated alcohol from every pore. She became one with the glass bottle as it pressed between her lips and emptied its contents into her body.

A few weeks before her forty-fifth birthday, my mother drinks herself to death.

It leads to a groundbreaking scientific realization on my behalf: the five stages of grief are bullshit. There aren’t five—only two—and they aren’t linear.

Sadness and anger are supposed to be stages two and four in the Kübler-Ross model. But for me, they are all that is left as I get high on each in turn; my sadness is my depressant and my anger my stimulant. They are the drugs that push me back and forth, battering me until all that is left is one big bruise.

Sometimes, all I can do is cry—the warm saltiness of my misery dripping over my cheeks and into my thirsty lips. My tears become my cocktail of choice.

I don’t know what happens to denial and bargaining in my new model, but I suppose they are lost in the inferno of my anger. They are drowned out by the muffled screams into my pillow, buried in the shards of the mug I smash onto the floor.

My mother left a messy, alcoholic-shaped indentation on the vinyl floor that I cannot clean up; the scent of her betrayal cannot be masked. Her absent presence—her present

absence—makes red blur the corners of my vision even as I begin to weep again.

I am high on another round of fury when I find a half-full bottle of vodka left in the cupboard.

I stare at the bottle, sizing it up as it glares at me. My mother didn’t even like vodka, but she drank it when she couldn’t find anything else.

“It will have to do,” she would mumble to herself, trying to placate the shadow of her addiction.

I grab at the bottle’s thin neck as if to strangle it. It will have to do.

The bottle swaying in my hand, I stumble down the stairs of our home and onto the uneven concrete. The heat is suffocating, the dust turning gummy on my dry tongue. Fuzzy

country music warbles into the still air near our neighbor’s window, their American flag hanging limply from the eaves. Their embodiment of stereotype annoys me more than usual. My heart beats an angry tattoo against my ribs, my breaths coming fast and hot.

The worn soles of my sneakers slap against the road, my knuckles white as I grip the sweaty glass. The sun smacks against my face and bare shoulders as I walk, promising to burn its intensity into my skin; I relish the pain.

By the time I find my mother, the underarms of my polyester white shirt are stained the color of the buttercups crushed beneath my shoes. Her headstone is made from a cheap sort of stone that smudges where I touch it. I stare down at the bottle in my hand, at the clear liquid sloshing within. My sweaty fingers slowly unscrew the plastic cap, the scent rising from the bottle reminiscent of gasoline and ethanol. There is a sparse carpet of green grass rising from the soil that covers my mother. Someone has left a bouquet of roses before her headstone, the faded

$1.99 sticker still stuck to the clear film wrapped around their rotting stems.

My mother only liked plastic flowers—I imagine it was because real flowers reminded her that beauty fades and her own petals wilted a long time ago. Whoever left the roses clearly didn’t know one thing about her. But I do.

In life and in death. I upend the bottle of liquor over her grave, watching the vodka slosh angrily out onto the ground. When the stream slows, I shake the bottle, frustrated at the last few drops for taking so long to fall onto the grass.

My mother was not utterly stupid. She knew that alcohol was a killer—a slow, delicious poison. And yet she drank it anyway, not caring about leaving a hole behind in our home, in my life, in the world. Love of her life. As if.

I scream, the sound raw as it tears from my throat, ripping through the still heat of the graveyard, reverberating around marble and granite. I hurl the now-empty bottle at the slab

where her name is etched into the stone. It shatters in a burst of crystalline shards—a firework of my misery, of my anger.

When I was younger, I would sit at my mother’s feet as she drank. My tiny, pudgy fingers would touch the empty bottles, wondering what magic they must contain for my mother to love them so much. I would line them up in a straight line like soldiers and let the light refract in the glass, casting long brown-yellow stripes across the tarmac.

Sometimes, after her brain was sufficiently alcohol-saturated, swollen with liquor or beer or some other concentration of ethanol, my mother would say, “Don’t you dare drink, Brandy.” Her voice would be as sticky and viscous as butter, and her eyes would shimmer darkly as the sunshine wreathed around our heads—miniature halos.

When I was younger I wondered why—why she kept these bottles of liquid starlight to herself—and I would ask for just a sip, Mama. Please. But then her words would turn sharp as shards of the bottles that she threw on the ground. I eventually learned that asking would only make her angry, that I would never get to taste my mother’s fascination.

So I stopped asking. But I only stopped desiring her magic potions once my childish innocence faded and I realized that my mother was not drinking starlight but instead something much darker, something much more dangerous.

In the end, she did her job.

My mother being herself was the only deterrent from drinking I will ever need. Seeing her singing deeply, hiccupping and burping with a glazed grin on her face, seeing her highest ecstasy and her lowest lethargy—nothing can beat that.

LOVE OF MY LIFE

It is the early morning before I leave the town—my departure is oddly final, as if I know that I won’t return. The world is still dew-encrusted as I walk slowly to the graveyard, hands

empty except for the air and the weight of my life.

My mother’s headstone is surrounded by sparkling glass that looks vaguely like rhinestones. I imagine that, maybe, at the right time in the evening, the shards will turn gold just like she used to.

There is a splash of grass that has turned spotted yellow from the influx of alcohol into the vacuoles. The color is sickening and pretty, reminding me of the hills my mother and I drove over on a road trip five years before. We’d packed into her beaten up burgundy sedan and had driven through the emptiness of America: eating, sleeping, and breathing the car.

We drove over and around the gently sloping yellow hills, the feathery, thirsty grass bleached by the sun. I sat in the front seat, marveling at the empty vastness and enjoying the way the wind whipped my cheeks.

My mother’s eyes were warm and relaxed, her lids half-lowered as she leaned against her car door. I heard her detachedly ask, “Whatcha thinking about, love of my life?”

I rolled my eyes at the nickname even as a tiny bubble of joy swelled in my chest as she said it.

“Nothing,” I said in the way one does when they are definitely thinking about something but don’t want to talk about it. I glanced at my mother, who had taken one hand off the steering wheel to pick up the disposable water bottle in the center console. It had been refilled too many times to count, the sides of the plastic full of dents and dimples from hands squeezing it too hard, too often.

She knocked back a gulp and shook her head as if to clear it, her straw-colored curls swinging wildly. I smiled at her mindlessly, then turned back to lean my head against the window, feeling every miniscule movement of the car rattle in my skull.

I have long since wondered if the clear liquid she was drinking was vodka. If, before we left, desperation had risen bitter in her throat and forced her to pour the alcohol into its water bottle, disguised. If shame had colored her cheeks as she decided that it would have to do.

Would she have taken gulps of liquor with her twelve-year-old daughter in the seat next to her? Would she care if the road became blurry and all she could see was a black stripe with yellow banks—if her intoxicated mind thought she was driving across a giant bumblebee?

I can never know.

If it was vodka or water.

If I had a bottle for a father.

If I was truly the love of my mother’s life.

I kiss the tips of my fingers and press them against the headstone, saying a final farewell to the love of my life. Then, I turn and walk away, trampling buttercups, each step faster than the last until I am running.

Previous Article Chapter from ‘The Boy with the Red Bicycle A Novel’, Third Place in Fiction 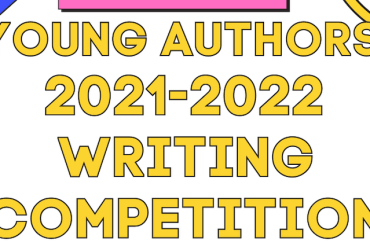