Selected Writings Comments are off

My father’s hands are big and rough; his fingers thick; his nails, cut at the kitchen table on Saturday mornings, straight-edged and blunt.  They are never quiet, always moving, always fixing and holding and typing.  Today they pick at the scaly brown skin of a lychee, peeling it away to reveal the soft white flesh underneath.

We are sitting on the wall that edges Lake Erie in Toronto, the August sun beating off our heads and making the water glint gold as though full of coins, taking a late lunch of potato chips and oranges and ice cream procured from the grocery store a hundred yards away.  Ships bob in the waves.  In front of us, a man twisting balloon animals hands a lumpy dog to a little girl.

The lychee had been in a crate by the entrance of the store.  My father had lighted on it immediately, scooping up a handful, eyes shining almost childishly behind his glasses.  “Lychee!” he exclaimed.  “Here, in Canada—”   And he ripped a plastic bag from the roll, picking through the pile for the best ones, fingers quick and nimble.

My father’s hands are much bigger than mine, his palms calloused and cool.  I have seen them grip a pencil as he tried to teach me long division, shadow my hands when I first learned to play piano, and carry my sister through city streets for hours when she got tired of walking.  I have seen them cradle the telephone receiver when he received news that his mother was dying of lung cancer, hover sternly over the light switch when I refused to go to bed, and heave everyone else’s luggage and winter jackets through the airport.  Later tonight I will see them grip a steering wheel for seven hours straight as he drives us home to New Jersey.

Now my father’s hands balance the lychee on a shred of skin as he offers it to me.  “Don’t forget about the pit in the middle,” he says.

The fruit is every bit as sweet as I remember, juice dribbling out of my mouth when I bite in.  They rarely sell lychee in the U.S. where we live, and I haven’t had any since a trip to China with my mother and sister eight years ago.

For that trip, my father had stayed behind to work.  My father is always staying behind to work, leaving for his cubicle at seven every morning, returning at eight every night.

When last spring I told him no, I did not want to be a doctor anymore, his hands tightened on the edge of the kitchen table, knuckles like lumpy white hills, and said, “I just want you to have an easy life.”  I remembered what he had told me of his poor childhood in China, of vinegar and rice being the usual meal because eggs were a luxury, and said nothing.

(In passing only has my father mentioned that he once wanted to be a doctor—wanted to be a professor—was offered a grad school position within a year of starting at college.

He declined it, of course.  Said that it would require too much moving around, and he didn’t want his future children to go through that.

I listened hard, but there was no trace of bitterness in his voice.)

My father has peeled lychee for my mother and my sister and me.  We spit the smooth brown pits into the empty ice cream container, where they smack the bottom hollowly.  The fruit leaves a strange aftertaste in my mouth, pungent and heavy, almost bitter.  Or maybe bittersweet.

There is one more lychee in the bag, and as my father draws it out and begins to peel it I tell him he should have it.  My sister chimes in in agreement, nodding earnestly.

My father looks at us for a second.  “Okay,” he says at last.  His fingers pull away the skin slowly, and when he bites into the flesh I hear him murmur, very quietly, “It’s been years.”  In his lap his hands lay still. 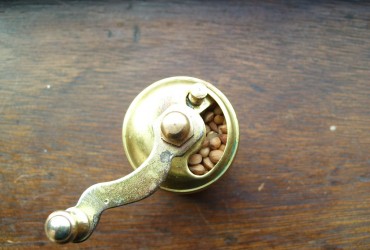