Selected Writings Comments are off

I
I threw out my mother’s stuffed rabbit. The one she developed an attachment to after she saw it on a wooden shelf in our country cottage, after realizing we had left it there all winter long. I remember when she saw it, slid its floppy body off the shelf and began brushing its fur as if the snow had somehow fallen through the roof and onto its back. She slept with it every night from then on. Sometimes I could hear her whispering to it, apologizing for leaving it all alone in our creaky wooden cottage, asking it if it saw any ghosts or spiders. Okay she didn’t actually do that, but it felt like she could one day –  unless I stopped it.

She awoke one morning to the sound of my voice asking, “What do you like about it so much?” Her arms were clutched around the toy as her lashes lifted upwards. I looked into her moist mahogany eyes, floating in a transient lake of slumber. She looked into mine.  “Don’t call it, it”, she admonished.

I came home that day to the sight of the rabbit sitting on the living room couch. Its squat stature seemed so human, as if it was scolding me for calling it, “it.”

II
I should have said that I was busy. But instead, I told her I was free to come to her birthday party. My mother thought I would be keeping Grandpa company. She thought I’d be holding his hand. Knowing my mother, she was probably picturing me sitting beside him, gently stroking his palms with my thumbs and whispering short stories into his ears. But I was out, out slurping soda out of bendy straws and swiping icing off the birthday cake every time I walked by,  secretly licking it off my fingers. It was good, and please believe me, my hands were clean and I only sneezed once that morning and it was into the crook of my arm-I swear.

Seventeen finger-fulls of icing later, I watched as my friends piggy-backed each other through the apartment, and as Molly’s worn down ballet flats slipped off her feet as she hopped onto Jill’s back. I watched Sarah’s braid unravel as she ran down the stairs. I squeezed my own braids, sliding them through my fists in hopes that the ribbons would untie. I wanted them to unravel on their own, to stop spooning the backs of my ears. Then I watched the birthday host’s mom laugh as she reached for her daughters hand. 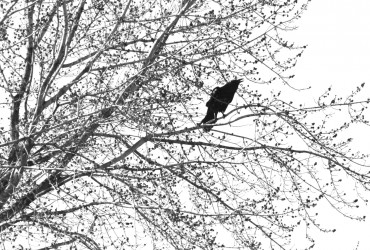 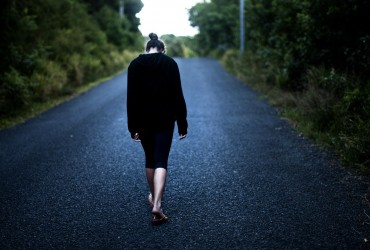 Next Article   This is What I Know by Michal Leibowitz