Inspired by real-life events, the 1973 drama focuses on a troubled 17-year-old stable boy who blinds six horses with a spike. The play is structured like a mystery and centers on the explosive encounters between the youth and the middle-aged psychiatrist who agrees to treat him. Shaffer’s script calls for the horses to be played by human actors.

In AstonRep’s production, Pokorney plays the youth’s favorite horse, Nugget, on whom the boy goes for secret midnight rides.

The production also features Andrew Whatley, senior director of enrollment marketing communications in Columbia College Chicago’s Enrollment Management office, who plays the owner of the stables where the youth works. 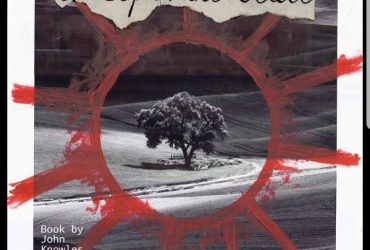