Natalie Day is joining the internationally acclaimed Cirque du Soleil in Las Vegas, Nevada, as a Stage Management Intern on Cirque’s production Michael Jackson ONE. Following this 12-week position, she will do a second 12-week internship with Cirque’s production Mystere.

Izzy French is joining the prestigious Williamstown Theatre Festival in the Berkshire Mountains of Massachusetts as a stage management intern, working on the world premiere of the drama A Human Being, Of A Sort, starring Andre Braugher and running June 26 through July 7.

Aryn Henderson’s stage management internship at the Eugene O’Neill Theater Center in Waterford, Connecticut — the country’s preeminent organization dedicated to the development of new works and new voices for the stage — will have her working on three different programs of the O’Neill Center: the National Puppetry Conference, the National Music Theater Conference, and the Cabaret & Performance Conference. In the fall, Henderson will return to Chicago to take the position of Floor Manager at the world-famous Goodman Theatre, a job that involves facilitating communications between the actors and production team through tech and performances and representing a production’s stage management team backstage for the run of the show.

Nikki Konomos is joining Chicago’s esteemed Steppenwolf Theatre Company as a stage management apprentice for the 2019/2020 season, during which she will be the apprentice for three shows while acting as a tech cover for other productions throughout the season. Steppenwolf has longstanding ties to the Columbia College Chicago Theatre Department, and the company’s Tony Award-winning artistic director is Columbia College alum Anna D. Shapiro ’90, HDR ’15.

The Columbia College Chicago Theatre Department’s Stage Management program — a concentration of the general BA Program in Theatre — teaches students how to conduct every detail of a production, from casting to rehearsing to running the show. Stage managers work on every production at Columbia, including Mainstage Season shows and Directing Projects. They coordinate schedules, run rehearsals, track props and blocking, and collaborate closely with directors. They learn industry standards for paperwork and show calling as well as how to create a safe, comfortable environment for the entire cast and crew on a production. Advanced students work with faculty mentors to create professional resumes, research post-graduate opportunities, and launch their careers. 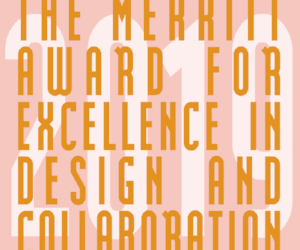 Next Article   Columbia College Chicago Theatre Dept. Alums Featured in ‘Funny Thing Happened on the Way to the Forum’ at Metropolis Performing Arts Centre May 16-June 29