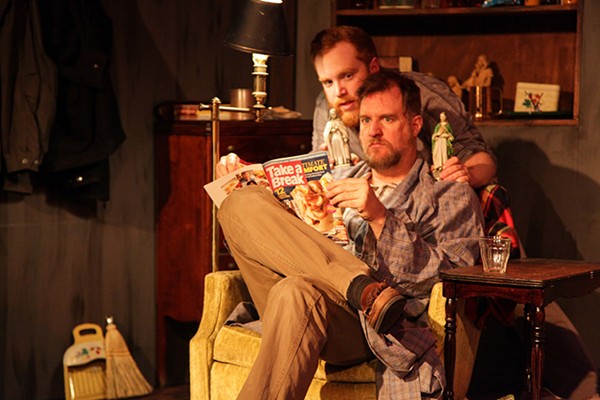 “McDonagh’s characters are . . . awful, cruel, violent, weak, hate-filled people, poisoned by self-loathing, trapped in a fallen world they make worse simply by being there. Yet they are fascinating too,” wrote Reader critic Jack Helbig. “In The Lonesome West, . . . he gives us two lonely bachelor brothers who despise each other and spend their days torturing each other but for economic and psychological reasons can’t live without each other. That is McDonagh’s gift as a writer, to deliver up characters we should despise but instead are fascinated by, especially when they’re played by actors of the caliber of those in AstonRep’s revival. . . . Dylan Todd and Robert Tobin clearly relish playing the brothers; at every moment you can see a crazy glint in their eyes as they play off each other, indulging in an array of childish micro- and macro- aggressions. McDonagh’s play . . . contains moments of sublime wit and power, especially in the hands of [director] Dana Anderson and her fine cast.”

Dylan Todd is a graduate of the Theatre Department’s BA Program in Acting. The Lonesome West runs through November 18 at Raven Theatre, 6157 N. Clark, in Chicago’s Edgewater Theatre District. For tickets, call 773-828-9129 or click here. 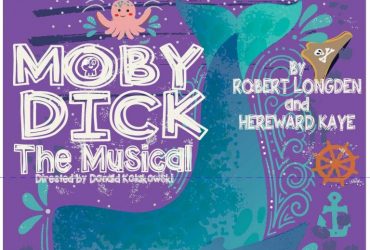