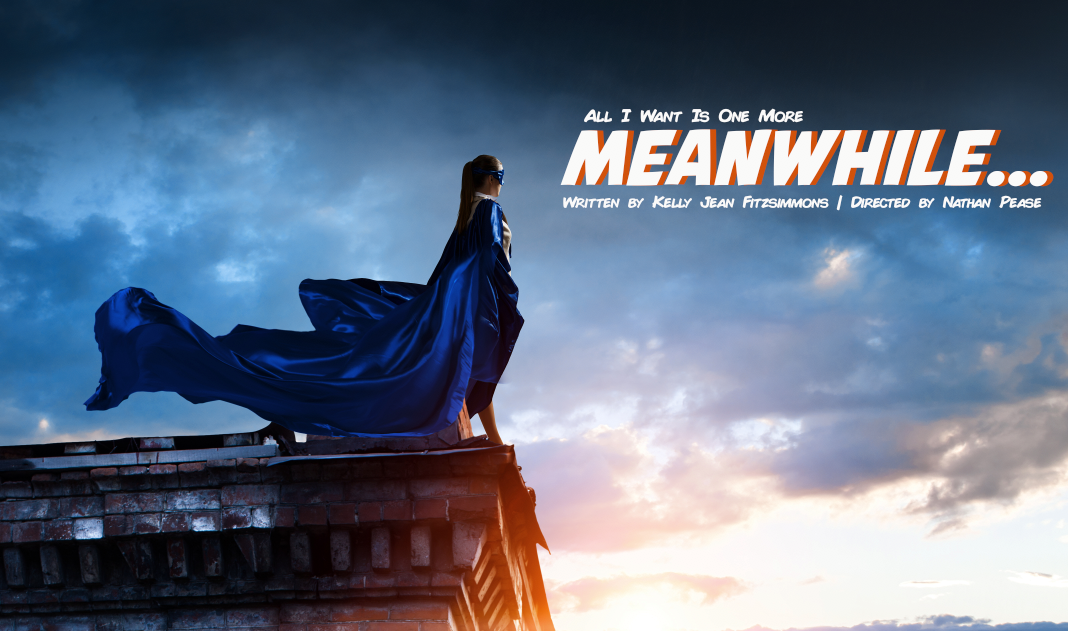 Otherworld Theatre Company, an ensemble founded and led by Columbia College Chicago Theatre Department alumni, presents the Midwest premiere of All I Want Is One More Meanwhile . . . , a superhero comedy by Kelly Jean Fitzsimmons. The show runs September 26 through October 27 at Otherworld Theatre, 3914 N. Clark, in Chicago’s Belmont Theatre District. 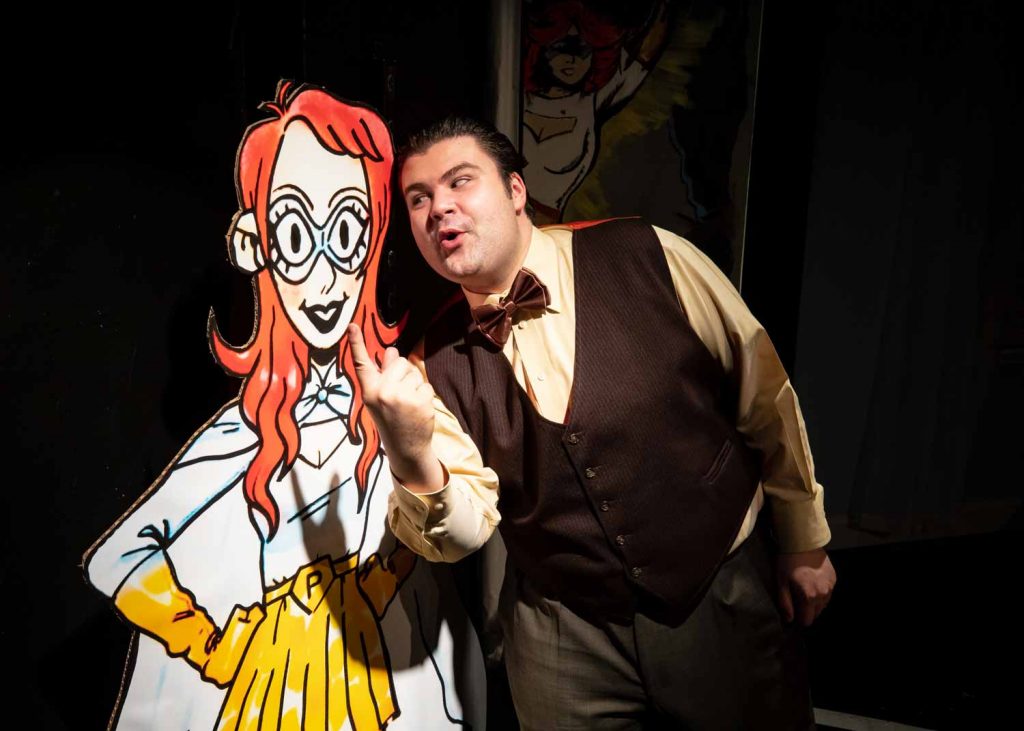 Dylan Schaefer in “All I Want Is One More Meanwhile . . .”

All tickets are Pay What You Can.

The story concerns Perfectra, an artificially engineered superhero who has given up power and perfection to become a mother. Estranged from her daughter and battling against a no-longer-perfect physique, Perfectra — now called plain Jane — discovers that her daughter has been kidnapped by a canine-controlling criminal. Can this supermom stand by and let her daughter spend her life dangling in distress?

As reported previously in this blog, Otherworld Theatre, founded in 2012, is the world’s first venue dedicated to the performance of science fiction and fantasy oriented theatre. 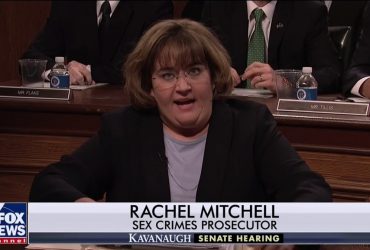