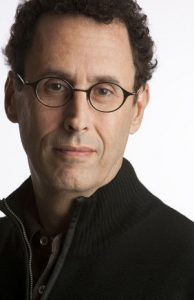 With book and lyrics by Pulitzer Prize-winning playwright Tony Kushner (Angels in America) and music by Jeanine Tesori (Thoroughly Modern Millie, Fun Home, Violet), Caroline, or Change is set in 1963 Louisiana, focusing on Caroline Thibodeaux, who works as a maid for the Gellman family. After the announcement of President Kennedy’s assassination, Caroline’s family and the Gellmans are pressured to contemplate their social statuses as black and Jewish Americans, respectively. Set to a musical collage that ranges from Motown to klezmer, Caroline, or Change peels back the breastbones of each character to reveal an ensemble of hearts that are eager to change the world, “come fast or come slow.” “To me, at its heart, Caroline, or Change is about reckoning with the risk of change,” says Goldstein. “I personally believe that individuals locate themselves in relationship to three major forces: society, community/relationships, and self. All moments of personal and social movement put the relative safety of the status quo of these relationships risk. The gain of great or small change is often quite clear, but in reading and listening to Kushner and Tesori’s work, the terrifying notion that hits me in the gut is that what we risk losing in change is not just the ‘familiar,’ as Kushner states, but a very essential identity that we know well and firmly in this moment. In this recognition, change feels far more difficult to embrace. . . . But the moral of this fable — and I view Caroline, or Change as a fable — is that the risk of change is necessary. Yes, we will mourn the versions of us that die with change. We will always grieve the life that could have been. But when the opportunity to make new choices for all of us arise, we must find a way. . . . Our play takes place in 1963, the [time] of the Civil Rights movement. It was written in 2003 as a stark reminder of the danger of a nation that continues to fail in seeing all of its people as people, and yet here we are in 2017 staring up at Confederate statues across the country, wondering what to do about them, when the answer should be absolutely obvious when what we memorialize is the face of that which holds us back.”

Performances of Caroline, or Change are:

Tickets are $10 for general admission, $5 for senior citizens and students of other schools, and free for all Columbia College Chicago students. For tickets, click here.