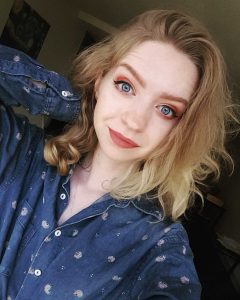 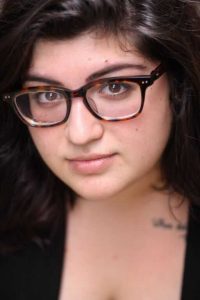 Columbia College Chicago Theatre Department alumni and student talent is featured at Victory Gardens Theatre’s special “College Night: Family Secrets” performance of the hit musical Fun Home on Friday, October 20. On October 20, the 7:30 PM performance of Fun Home will be preceded by a pizza party at 6:30 PM and then followed by a post-show performance of new work written, directed, and performed by college artists on the theme of “Family Secrets” — including a 10-minute play written by Leo Batutis, a sophomore in the Columbia College Theatre Department’s Writing for Performance BA Program with a Minor in Theatre Directing. Batutis’ short play will be directed by Kass Ferland Haroun, a senior in the Theatre Department’s BFA Program in Theatre Directing. Batutis seeks to write plays that push, explore, and de-stigmatize LGBTQ+ issues, women’s issues, and mental illness. 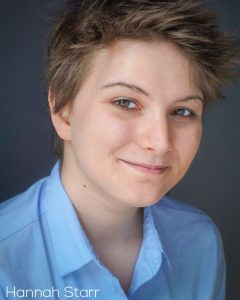 As reported previously in this blog, Fun Home features Columbia alum Hannah Starr ’14, a graduate of the Theatre Department’s BA Program in Acting. The musical is inspired by writer-illustrator Alison Bechdel’s bestselling graphic memoir about coming of age, including her process of coming out as a lesbian. Fun Home has been extended through November 19.

The price for all this — pizza, Fun Home, and the playwrights’ performance afterwards — is only $15 for college students on Friday, October 20. For tickets, students should call 773-871-3000 to reserve seats or else just show up at the box office that evening (but in that case the show may be sold out). Student tickets are not available online. Victory Gardens Theatre is located at 2433 N. Lincoln, Chicago. 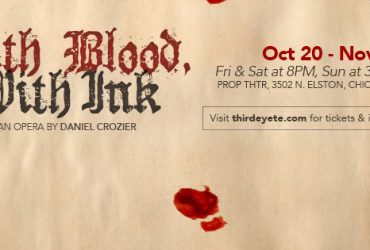