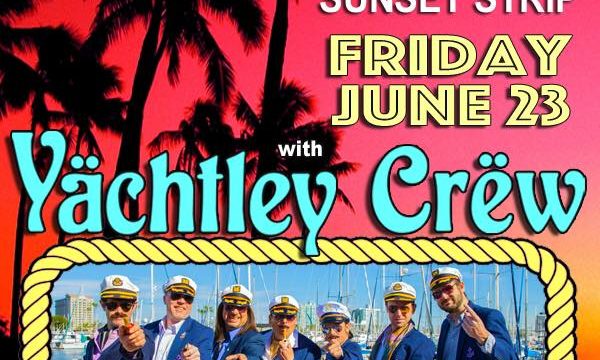 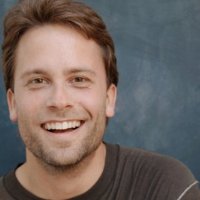 Columbia College Chicago alumnus Curt Clendenin ’98, host of Los Angeles’ “Inspirado Projecto” radio show, will perform at the world-famous Viper Room nightclub located on the Sunset Strip in West Hollywood, California, on Friday, June 23, with his vocal group Yächtley Crëw, a “yacht rock band” that performs the best soft rock of the ’70s and ’80s. The group is presenting its first-ever “Yächtley Crëw at VIPER ROOM Dream Cruise” through smooth ’70s and ’80s romance jams starting at 9 PM at the Viper Room, 8852 Sunset Boulevard, West Hollywood. For tickets, click here. For a promotional video for the show, click here. Yächtley Crëw is a Los Angeles area-based band of talented and tenured musicians with a common set of goals: to entertain music lovers with some of the greatest songs ever written back in the late ’70s and early ’80s, and to have as much fun as possible while performing those hits. The group is known for its live presence, banter, and onstage antics as well as its on-target musicianship. At their June 23 debut at Viper Room, the group will share a bill with The Flashbax, an ’80s rock tribute band.

Clendenin, who studied Acting and Fiction Writing at Columbia College Chicago as a transfer student from the College of DuPage, also hosts the Los Angeles radio show “Inspirado Projecto” on KCHUNG Radio, which broadcasts on 1630 AM from Chinatown. Clendenin describes the show “as a combo of Dr. Demento, Mad Magazine, Kenn Nordine, Andy Kaufman, Joe Frank, Salvador Dali, and Alan Watts.”

Clendenin makes a point of featuring the work of fellow Columbia College alumni on his show whenever possible, drawing on the rich pool of Columbia College Chicago talent working in L.A. as film and TV writers, improv performers, actors, and talent agents.

“While living in Los Angeles, I realized that the fastest way to see our dreams manifest, offering all opportunities that resonate with our highest joys and excitements, is by letting the dream/s lead us. The lightest, most resistance-free, most enjoyable way of creating art is carving a path with others valuing non-competitive mindsets, who are encouraging towards one another’s talents and who take action in growing the organism together,” says Clendenin. “I recognize that these fun and unique experiences have all happened because of an open and curious perspective taught to me at Columbia College.These are all concepts and teachings I learned from Columbia College. We were given the joy in knowing what playing in a pure ensemble-perspective community was like! I’ve sought the same ideals in my teammates outside of college life that I was spoiled with an abundance of during college life!”

To contact Clendenin or to submit audio/music samples for the show, email inspiradoprojecto@gmail.com.