Columbia College Chicago Theatre Department alum Khanisha Foster ’02, a graduate of the Theatre Department’s BA Program in Acting, has been selected for a Fox Foundation Resident Actor Fellowship for Exceptional Merit. The fellowships, funded by the William & Eva Fox Foundation and the Theatre Communications Group (TCG), are designed to further an actor’s artistic and professional development; to deepen and enrich their relationship with a not-for-profit theatre; ensure their continued professional commitment to live theatre; and to encourage actors to work outside their comfort zone. All recipients of this round of Fox Fellowships are committed to giving back to and sharing their artistic talents and skills with their respective communities. Funded by the Fox Foundation and administered by TCG, the fellowship is one of only a few programs of its kind for actors in the country.

Foster’s long-term goal as an actor is to build and perform roles where she can inhabit all the parts of herself as a mixed race, comedic woman of color who code switches her way toward her authentic voice. At 1.6 million, California has the biggest population of mixed-race people in the United States. The Chance Theater community, specifically housed in Anaheim, is a blend of cultural and economic diversity and the company itself is run by multi-cultural leadership and parents of multi-cultural children. Foster will lead a code-switching workshop series hosted at Chance Theater to create a training ground for the multi-cultural actor. Foster and the Chance community will work with a linguistic expert, and will additionally include clown and physical transformation workshops, digital-storytelling workshops, and story-mining workshops. The series will foster an environment where she and community members can train in a space that understands the multi-identity voice and will prepare her to create innovative work for the stage.

Foster, an actor, writer, director, and teacher in the Los Angeles area, is cited by American Theatre magazine in its “Role Call: People to Watch” feature on “6 Theatre Workers You Should Know,” published in its January 2017 issue and on its website. The article quoted Foster as saying: “My mixedness is core to my work and my being,” referring to her biracial identity. “I identify as mixed. I identify as black. I identify as white. I am perceived as many other things. As a young artist I was told to blend in, to be what people saw me as. I found out the hard way that when you blend in you disappear. I write about being seen — or actually, I write about being invisible.”

A native of the Chicago suburb of Evanston, Foster is married to her fellow Columbia College Theatre Department alum Tony Sancho ’01, also a graduate of Columbia’s Acting BA program. She has directed several plays at the Cape Fear Regional Theatre (CFRT) in Fayetteville, North Carolina, where she will direct Lynn Nottage’s Intimate Apparel in March. She’s also a solo performer and is partnering with the Penumbra Theatre in St. Paul, Minnesota, on a new solo show. 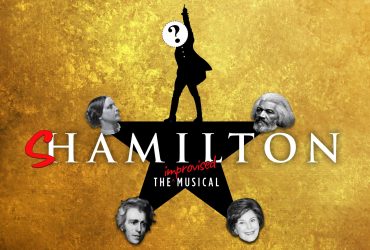 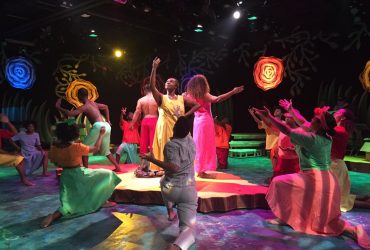