Kirsten Fitzgerald, a teacher in the Columbia College Chicago Theatre Department‘s Acting program, has a featured role in The Exorcist, Fox TV’s filmed-in-Chicago series about demonic possession. Fitzgerald plays Maria Walters, a regular character in the drama, described as “slightly sinister” in a recent article on the website Monsters & Critics. Fitzgerald is one of Chicago’s busiest actresses, with credits at such theatres as Steppenwolf, Goodman Theatre, Victory Gardens, and Chicago Shakespeare Theatre. She is also artistic director of A Red Orchid Theatre, one of Chicago’s most acclaimed theatre ensembles, and won a Joseph Jefferson Award for Actress in a Principal Role for A Red Orchid’s 2006 production of The Sea Horse. 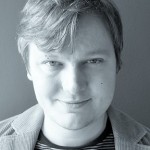 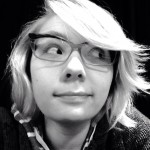