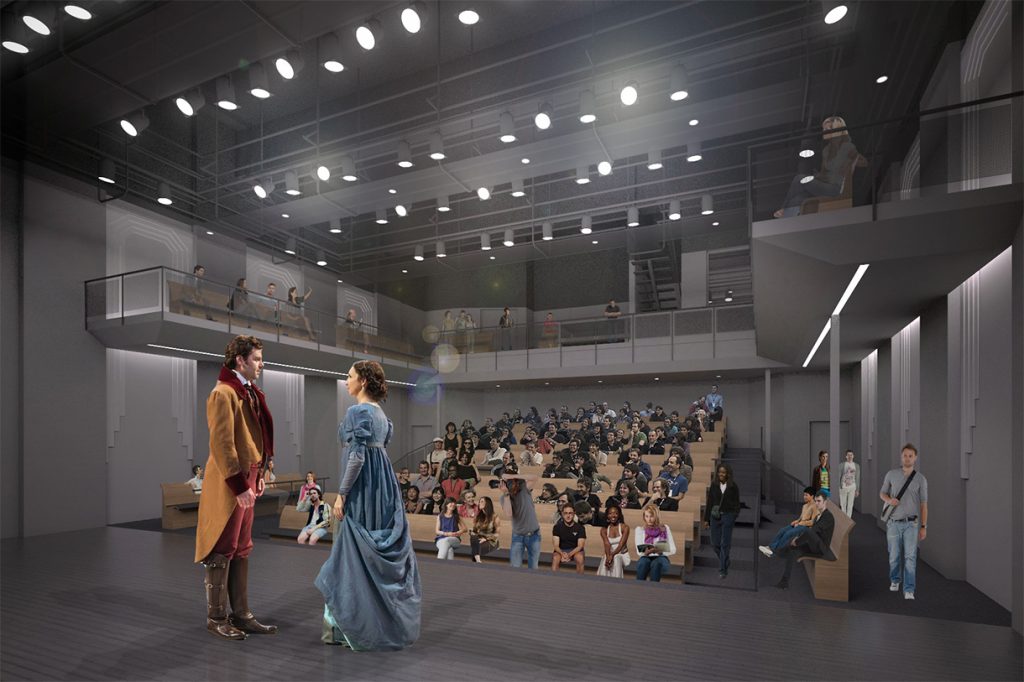 As the main performance space for the Columbia College Chicago Theatre Department, located at 72 E. 11th St. in Chicago’s South Loop, the 87-year-old Getz Theatre is due for a major upgrade. Renovation will begin in June of 2017, with an anticipated project completion date of January 2018.

The auditorium will be renovated as a courtyard theatre, making it one of only a few of its kind in Chicago. The courtyard theatre model, similar but not identical to the Shakespearean stage, was envisioned not only to contribute a unique addition to Chicago’s theatre landscape, but also to address the various student and teaching needs of the space. Most important, the new theatre will have a proper sidestage and backstage.

According to Theatre Department professor John Green, the current theatre was “not designed for the staging of theatrical productions. It lacks wing space, the acoustics are challenging, the lighting rig is difficult to access, and the stage floor itself is part concrete, part wood, which makes it very difficult to dance on. So every production we mount in the Getz proves to be a challenge for actors, dancers, designers, technicians and audiences alike.”

The renovated Getz Theatre, on the ground floor of the Theatre Department, will be outfitted with two production shops and a backstage crossover. The production shops will feature large glass walls, allowing people to view the production and design work underway in the shops. (Currently, all production work is done at another space, located half a mile away at 1415 S. Wabash.)

The second floor of the Theatre Department will also be reconfigured to accommodate dressing rooms, a makeup room, and a raised catwalk over the Getz stage to allow for more sophisticated lighting capabilities that will be more conducive to teaching. 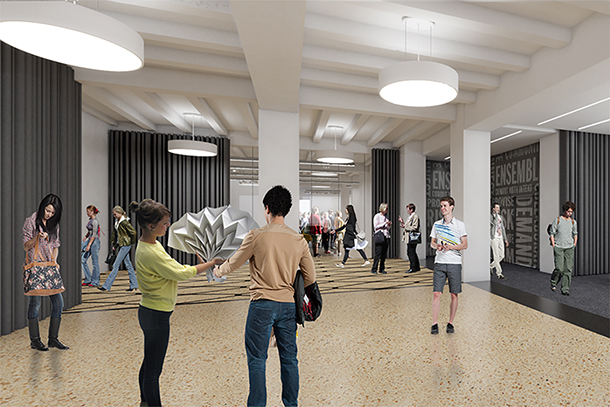 The redesigned lobby will be “tunable,” with the ability to be dressed up for performance nights and special events. The Columbia College Chicago Theatre Center building was built in 1929. The Art Deco building was acquired in by Columbia College in 1980. In 1985, the college restored the main auditorium, formerly known as the 11th Street Theatre, with a gift from the family of Oscar and Emma Getz. The planned renovation marks the first upgrade to the space in more than 30 years. The two-year project is estimated to cost $9 million and is being led by extensive input by the faculty and designed by architect David Broz, a principal at Gensler, the world’s leading collaborative design firm, who specializes in urban and educational spaces. Broz has worked on hundreds of projects around the Columbia campus over the years, including the renovation of the widely-acclaimed ghost façade on the college’s 618 S. Michigan building.

The Getz renovation is part of an ongoing effort by Columbia College to improve student experience and address the needs of the 21st century student as they enter rapidly evolving industries. John Kavouris, associate vice president of Facilities and Operations at the college, credits the administration for shifting operational resources to focus on students and academic improvement. “The Getz renovation is a good example of this,” he says. “Doing deferred maintenance (such as repairing the inefficient boilers underneath the stage) in conjunction with new capital projects (redesigning the interior) is very efficient. It’s proof that the leadership is thinking economically while keeping the student experience in mind.” 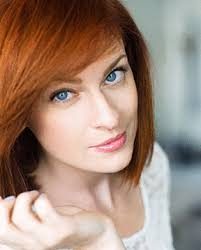 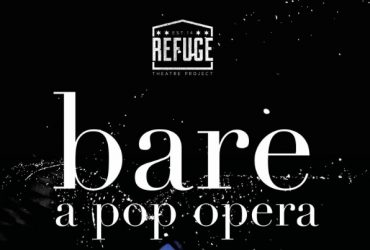