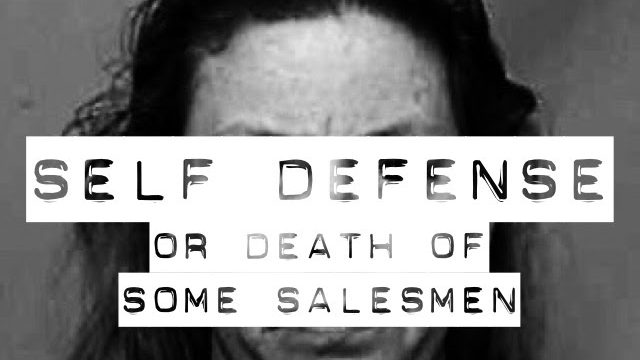 The No Stakes Theater Project, a company founded and led by Columbia College Chicago Theatre Department alumni, presents a staged reading of Carson Kreitzer’s drama Self Defense, or Death of Some Salesmen on Monday, September 26, at 7 PM at Uncommon Ground coffeehouse, 1401 W. Devon, Chicago. Admission is “pay what you can.” For information, call 773-465-9801. Self Defense is inspired by the case of Aileen Wuornos, who killed seven men in Florida between 1989 and 1990. Though Wuornos claimed that her victims had either raped or attempted to rape her while she was working as a prostitute, she was convicted and for six of the murders and was executed in 2002. The play is an investigation of capital punishment, destitution, violence against (and by) women, and whether a prostitute is considered a person under our justice system.

“Aileen Wuornos had three things against her,” says director Emilie Modaff. “She was a woman, she was a sex worker, and she was of a lower class. She was branded the first female serial killer in the United States, though it is well documented that there had been a few dozen female serial killers before Aileen. So why was the media so obsessed with branding her as the first? My theory: Her patterns of killing were masculine. She used a gun, she discarded the bodies off the side of the interstate, she was violent. Therefore, she deserved to be discussed just as much as the infamous male serial killers; John Wayne Gacy, The Zodiac Killer, Ted Bundy. We are fascinated with the masculine. We either ignore, sexualize or invalidate the feminine. Yes, the feminist movement in our country is strong. But our foundation—the patriarchal system—doesn’t seem to be going anywhere. In the past and today, sex workers have been marginalized by stigma that portrays them as immoral, dangerous, even diseased figures. In many ways, according to journalist Alison Bass, sex workers have less rights than they did a century and a half ago. Sex work is real work. Yes means yes. This story needs to be told without Hollywood, without Charlize Theron ‘bravely’ stepping into the role of a woman who deserved to tell her own story.”

The reading is performed as part of NTSP’s “Wingspan” series, which aims to support emerging directors “as they tackle the projects that scare them,” according to an NTSP statement. 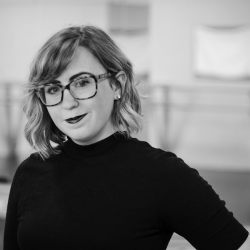