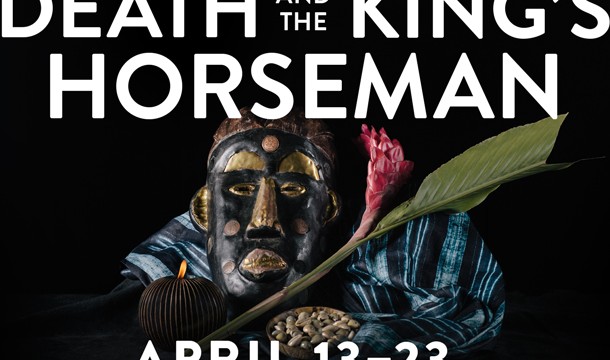 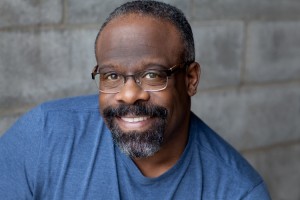 Death and the King’s Horseman employs dance and music to evoke its African setting, and this production features choreography by Keyierra Collins, a senior in the Columbia College Chicago Dance Center‘s Bachelor of Arts program in Dance. “The student actors and designers have stepped up and made discoveries in the script at every rehearsal and production meeting. The ensemble’s tight, and the atmosphere is very collaborative,” says co-director John Hildreth. “Plus, this process has made me a fan of dance.” 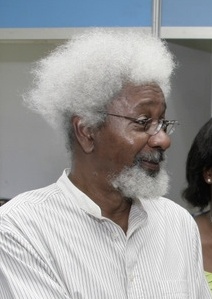 Written when Soyinka was in political exile from Nigeria, the drama is based on a real incident that took place in Nigeria during British colonial rule. Yoruba tradition dictates that when the king dies, his horseman must continue to serve him in the afterlife and voluntarily join him in death. Honored and prepared to do what is expected of him, Elesin, the king’s loyal horseman, prepares for the impending ritual with the support and blessings of his family and village. But the occupying British authorities have their reasons for wanting to keep the horseman alive and arrest him to prevent his departure. The result for the community is catastrophic, as the breaking of the ritual means the disruption of the cosmic order of the universe. The persistent roar to honor sacred traditions takes the horseman’s journey through many unexpected turns.

Born in 1934 into a Yoruba family in Abeokuta, Nigeria, Akinwande Oluwole “Wole” Babatunde Soyinka was awarded the 1986 Nobel Prize in Literature, the first African to be honored in that category. Soyinka wrote Death and the King’s Horseman in 1975, while he was a fellow at Churchill College at Cambridge University in England. In 1979, Soyinka himself directed the play’s United States premiere at Chicago’s Goodman Theatre. “Back in 1979, I was a junior in high school, and just getting into theatre via Forensics/Speech Team,” notes co-director Hildreth, “so I missed the opportunity to check it out then. I fully appreciate the opportunity to work on this terrific play.”

Death and the King’s Horseman opens Wednesday, April 13, at 6:30 PM. Subsequent performances are:

Admission is $10 general admission, $5 for senior citizens and students of other schools, and FREE for all Columbia College Chicago students. For tickets, click here or call 312-369-8330.