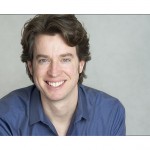 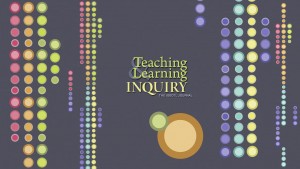 Perkins, co-coordinator of the Theatre Department’s Acting with International Performance Study BFA program, published an article in the 2016 issue of Teaching & Learning Inquiry (Vol. 4, No. 1), the official journal of the International Society for the Scholarship of Teaching & Learning (ISSOTL). Perkins’ article is titled titled “Down the SoTL Rabbit Hole: Using a Phenomenological Approach to Parse the Development of Student Actors.”

The article describes approaches used to teach students of theatre — a multi-dimensional discipline encompassing aspects of the arts and humanities — and to assess the effectiveness of these pedagogical approaches. The article, writes Perkins, explains that “reports on developing acting skills intersecting with demonstrations of cognitive analysis and external performance critiques not only provide a rich data stew for analysis but deeper insight into the learning processes of the developing performer.”

Perkins’ research is based in part on her work as coordinator of the Theatre Department’s Assessment Program. Byrum, co-coordinator of the Theatre Department’s Musical Theatre Performance BFA program, published a report called “How They Got There” in the February 2016 issue of Dramatics magazine, which is published by the Educational Theatre Association. Dramatics is the Educational Theatre Association’s monthly publication for high school theatre students and teachers. EdTA is the parent organization of the International Thespian Society.

Byrum surveyed 100 actors currently working in Broadway musicals about the educational and environmental advantages of their path to those jobs. The research identified the various educational and career paths these actors took (whether they trained at large universities, small liberal arts colleges, or conservatories; whether they began working professionally before graduating from college or even from high school; their age at the time of their Broadway debuts; etc.).

Byrum’s article consolidated an ongoing research project he had chronicled in spring of 2015 in his blog — “Musical Theatre Training: Research, Trends, and Methods in Musical Theatre Education.”

Kathleen Perkins is an Associate Professor in the Columbia College Chicago Theatre Department. She holds a BA in Speech and Drama from Rosary College (now Dominican University) in River Forest, Illinois, and an MFA in Theatre from the University of Minnesota.

Ashton Byrum is an Assistant Professor in the Columbia College Chicago Theatre Department. He holds a BA in Musical Theatre from Catawba College in Salisbury, North Carolina, and an MFA in Directing with a Musical Theatre emphasis from the University of Cincinnati College-Conservatory of Music. 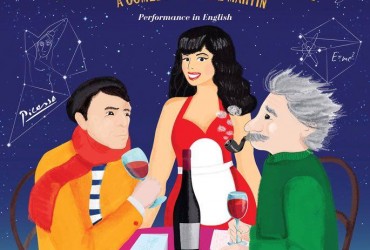