Jackalope Theatre Company, an ensemble founded and led by Columbia College Chicago Theatre Department alumni, will present Thirst: A Climate Change Theatre Action on Wednesday, December 16, at 7:30 PM in its storefront space The Frontier, located at 1106 W. Thorndale in Chicago’s Edgewater neighborhood. Tickets are $10. Proceeds from the event will be donated to Chicago Wilderness, a regional alliance leading strategy to preserve, improve, and expand nature and quality of life in parts of Illinois, Indiana, Wisconsin, and Michigan. For tickets, click here.

Thirst: A Climate Change Theatre Action will feature short plays and poems by nine writers from seven countries, along with a featured segment with Jackalope company member Pat Whalen (BA ’10), a graduate of the Columbia College Theatre Department’s BA Program in Acting.

“Jackalope is honored to help to bring more attention to the pressing and dire issue of climate change,” says Jackalope artistic director Gus Menary, a Columbia College Theatre Department alumnus. “Our company prides itself on telling stories about what it means to be an American, and we can think of few things more important for Americans to do than participate in this conversation.” 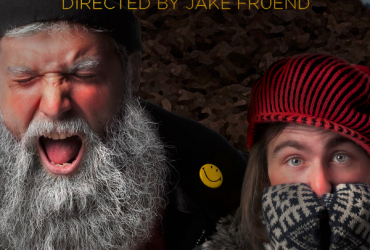