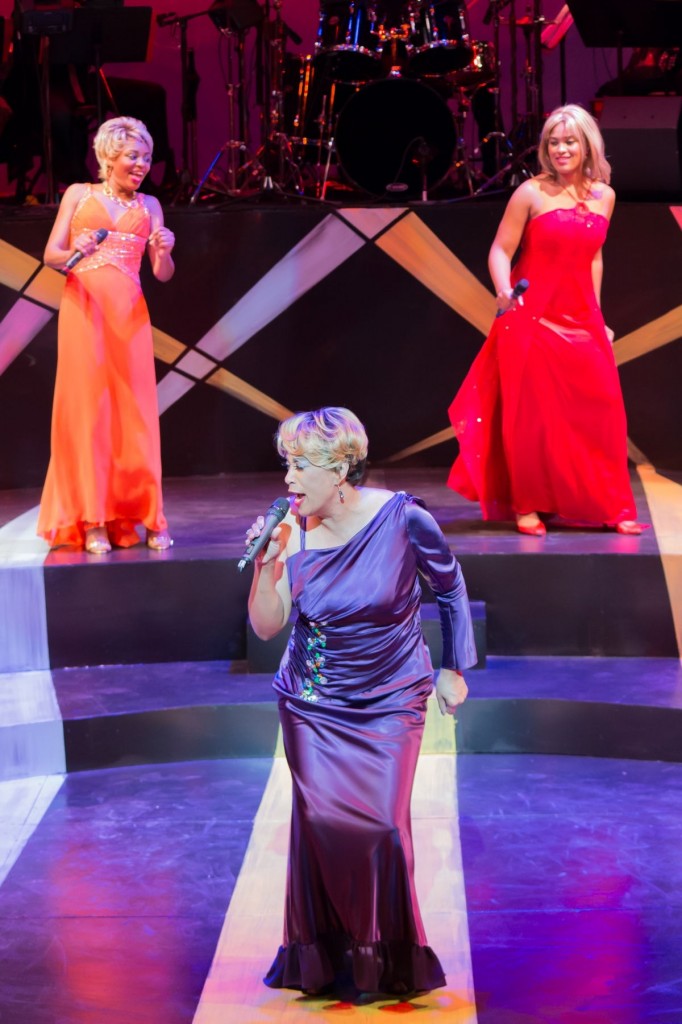 Alanna Taylor and Melanie McCullough co-star in At Last: A Tribute to Etta James, playing August 5-8. The show, a musical biography of R&B queen Etta James, was first seen in Chicago at the Black Ensemble Theatre in fall of 2014. Taylor, a graduate of Columbia’s BA Program in Musical Theatre, and McCullough, a graduate of Columbia’s BA Program in Acting, along with Candace Edwards (a Columbia College Journalism graduate) and two other singer-actors, portray James at different stages of her life. In her review of the show’s premiere at the Black Ensemble last year, Chicago Sun-Times critic Hedy Weiss wrote: “Two dozen numbers from throughout [James’] career are performed to blistering effect. . . . With her voluptuous voice and body language, Alanna Taylor plays the young and passionate Etta, and grabs you with ‘Roll With Me Henry’ and ‘All I Could Do Was Cry.’ Melanie McCullough is the crazier, more impulsive Etta, wild and sexy in ‘Just a Little Bit’ and ‘I’d Rather Go Blind.’ The more enigmatic Etta is played by Candace C. Edwards, whose power voice spans octaves, and she sings a wonderfully jazzy ‘Fool That I Am’ and ‘Sunday Kind of Love.’ ” 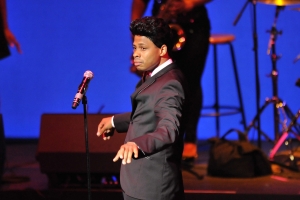 Chester Gregory in “The Eve of Jackie”

Chester Gregory, a graduate of Columbia’s Musical Theatre BA Program, stars in his one-man show The Eve of Jackie, playing August 4-6. Gregory, who also received an honorary doctorate from Columbia College when he spoke at commencement in May of this year, portrays legendary soul singer Jackie Wilson at the twilight of his career in this electrifying solo performance. 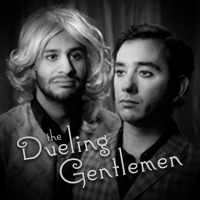