The Columbia College Chicago Theatre Department has been invited to participate in the 2015 International Voices Project, a series of staged readings of the work of international playwrights in English translations presented at Victory Gardens Theater in Chicago. On Monday, March 2, IVP will present the English-language premiere of La Reunion (The Reunion), by noted Chilean playwright Trinidad González. The reading features Columbia College Theatre majors Selena Boyer, Raven Moran, and David Stobbe under the direction of John C. Green, Interim Dean of Columbia College’s School of Fine and Performing Arts.

The performance takes place at Victory Gardens Theater, 2433 N. Lincoln, Chicago, at 7 PM on Monday, March 2. Admission is free. Tickets can be reserved by clicking here. 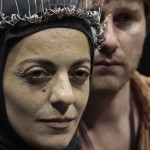 When Spanish royalty imprisoned Christopher Columbus for abusing his power in the Indies, the explorer begged an audience with Queen Isabella to explain himself and plead for absolution. La Reunion revisits this historic event to imagine the conversation between Columbus and Isabella, in the hour before the queen’s death in 1504. This steely vivisection of history and personal responsibilities takes place in the privacy of the queen’s chambers. In a probing dialogue, they duel about the power of the church and the oligarchy, class struggle, and the vindication of indigenous people, all the while accusing each other of greed and false morality.

Trinidad Gonzalez wrote La Reunion during the peak of the 2012 mass student protests in Chile. She cites these events as inspirational armor for writing a contemporary work about a historical event, to take stock of what has happened in the Americas since the 15th Century.

La Reunion was performed in Spanish at the Museum of Contemporary Art Chicago in 2014 by Teatro en el Blanco, the company founded by playwright Gonzalez, but this production marks the premiere of a new English translation by Alexandra Ripp, former managing editor of Theater magazine at Yale University and winner of the 2012  John Gassner Memorial Prize for criticism. Trinidad González founded Teatro en el Blanco in Chile in 2004 along with playwright/director Guillermo Calderón. Her screen acting credits include Pecados (Martín Rodríguez, 2011) and Bonsái (Cristián Jiménez, 2011), an official selection at the Cannes Film Festival.

The March 2 performance is part of IVP’s season of readings of plays from around the world. “From its earliest days, Chicago has been the North American gateway for trade and transportation. That legacy lives on today, as Chicago creates and defines its international gateways–in business, in trade, and in the arts. The city we are building celebrates international art and is eager to explore and collaborate with its global partners. It is our belief that IVP is one more bridge to that present-and-future Chicago, by creating opportunities for conversation and connection among diverse urban voices,” says IVP executive director Patrizia Acerra, adding: “Where might this symphony of voices lead? What opportunities for playwrights and producers might we create? That conversation might be the most exciting of all.”

La Reunion is presented by the International Voices Project in partnership with Columbia College Chicago, the Museum of Contemporary Art Chicago, and Instituto Cervantes of Chicago. 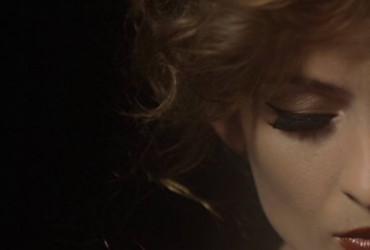