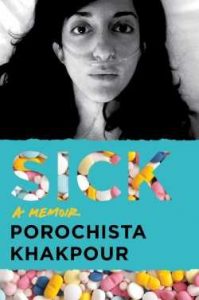 In Sick, Porochista Khakpour explores the entanglements of immigration and illness, addiction and ability, in a memoir that spans her early childhood to the near present. Only a toddler when she immigrated from Iran with her parents amidst the Iran-Iraq War, she settled in California before moving to New York, New Mexico, Illinois, and Germany during her adulthood; Khakpour’s first book of nonfiction covers expansive terrain in terms of physical landscape, but also turns inward as she recounts how she navigated and suffered (or, rather, navigates and suffers, in the present tense) from a wide spectrum of symptoms, health conditions and healthcare politics until, after years of misdiagnoses, she tested positive for late-stage Lyme disease. In prose that’s wrapped close to the body, Khakpour describes this complicated disease—how it is spread through tick bites and how it affects each individual differently, thereby making it difficult to research and treat—and vividly illustrates how it impacted her relationships with her parents, friends, partners and writing projects

While Khakpour does not shy away from detailing how Lyme disease is oftentimes a lived and agonizing reality, Sick employs Lyme disease—and chronic illness, more broadly—as a metaphor representing immigration and diaspora. Consequently, an ongoing theme of the book is interrogating the connection between not feeling a full sense of belonging to a home (whether this home is an individual identity or an entire nation) with the experience of illness. During one particularly bad bout of sickness, when her diagnosis was continually characterized as solely psychological as opposed to physical or infectious, Khakpour returns to her parents’ home in California and thinks: “Every part of my body felt like its wiring was all wrong, I felt like a foreigner in a hostile country, never adjusting or accepting […] I couldn’t quite fight it, but I could not be at peace with it either.”

A sick body, in many ways, is a displaced body; and Khakpour’s book wrestles with the ways in which she embodied (is embodying) both. This sense of displacement is embedded right into the structure of Sick because it does not follow a convention of memoirs to travel chronologically in time; rather, the narrative is a disjunctive one. There is no teleological movement with Khakpour emerging triumphantly from illness into a lasting and permanent health; instead, as anyone who is chronically ill knows all too well, the book is circumscribed within cycles of illness and cycles of being well. More specifically, Sick jumps back and forth through time, though it indirectly moves towards the future, with many of the chapters focused on a particular place. For example, her numbered chapters are also entitled “Iran and Los Angeles,” “New York” and “Pennsylvania”; however, even the literal and figurative representation of places in these markers breaks down because the narrative is further displaced with other chapters titled “On Support,” “On Appearances,” “On Place,” among others. These “meta-interstices” that are spliced through Khakpour’s major storyline of immigration and Lyme disease demonstrate that the displacement depicted in her story cannot be divorced from the structure itself: They are one and the same.

Along with its compelling structure, the memoir blurs the division between the individual and the world. For example, Khakpour writes on at least three major global tragedies —the Iran-Iraq War during the 1980s, September 11, 2001, and the Paris attacks in 2015—and how they impacted her individual health in various ways. So much of what occurred on the global level also created repercussions in the body, such as experiencing PTSD, chronic insomnia, depression and Lyme relapses. Consequently, the dissolving barrier between the human body and the body politic is a major seam on which the thematic threads of identity, Otherness and chronic illness come together in Sick. There are many lessons that Porochista Khakpour offers to her readers and one of them is this: Injustice needs to be resisted—not only to create a global impact but also to help heal the individual.

S. Ferdowsi received her MFA from Columbia College Chicago and her BA from the University of Chicago. Her essays, interviews and book reviews have appeared in Punctuate, Newcity and The Rumpus, and she also performs with 2nd Story. She is working on her first manuscript. 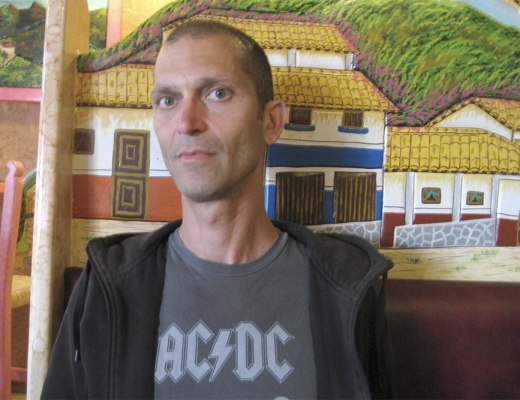