On the Day Before Something Happened 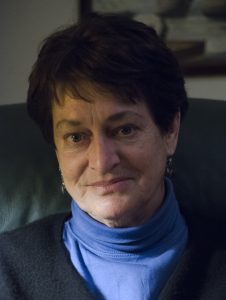 Nothing more happened.
And something terrible didn’t happen
until it did.

The first: my daughter-in-law,
her voice from the ambulance
speeding her away from the crumpled car
back to their home town.
Their son is with her, unhurt.
The last she saw of her husband
he was still trapped
and a helicopter on the way
racing to beat the storm.

The second:
We’re there for you.
Four words that can mean less than nothing.
Except they are there. Understudies. Two friends
who simply walked out into the soft Carolina night,
turned the key in the ignition and sped down from the mountains
to his hospital bedside in another city
to watch and wait the long night
until we could get there.

Holly gave me a cotton throw that looked just
like a receiving blanket, printed as it was with little flowers.

He remembered everything. He told me everything. In exquisite detail. The impact. The noise and the fire. The suffocating cloud of extinguisher foam. His wife without breath for an eternity. His pinned legs. And he told me that a man and a woman and their son tried to help them. But there was nothing to be done short of spiriting their backseat carseat boy far enough away from the wreck that he could still see but not see. Then, he said, they talked and talked at them until the EMTs arrived.

Months later, I found the woman’s name through the newspaper that had carried a paragraph about the accident. On the way across the road to help your family, she told me over the phone, my husband and I passed by the other car, the one that hit them head-on. And we glimpsed the driver slumped over the wheel. He had a long gash on his forehead. Then I saw. And then I knew. His heart had died before. Because all there was on his shirt . . . all there was were five drops of blood.

Like the Shroud of Turin, I thought.
A white shirt that kept a kind of image of those moments.

Legs and feet tracked with staples and black stitches.Nose, arms, penis threaded with tubes:
waving anemones lit by fluids, pulsing and glowing.
Damp hair on the pillow, silvered in white light.
The glowing screens attest: he is alive.
His eyes open and close like blue butterfly wings,
register little moments of recognition.

She comes and goes
(MartinaCarolWendyChristineLeah)
bright-chirping like the monitors.
How’s your pain? On a scale of one to ten.

The computer is her patient.
Her gentle touch is reserved for the keyboard.
This information is objective, reliable
oxygen uptake  pulse  blood pressure  urine flow

The body on the bed is her patient
but his information is subjective,
his thermometer unreliable,
the tendonmusclebone pain imprecise;
and when the pain possesses him, croaks and rasps at her in his voice,
she says Well clearly you’re a Type A and I
am a Type B which is why
we’re having trouble getting along.

Dawn arrives as though summoned by the cock’s third crow. Pink sky. Orange sky. Red sky. I take warning, call him. The nurse answers, not yet off her shift. Is everything OK this morning? Please tell him I’m on my way. I arrive to find him wide-eyed with panic and paranoia. Why didn’t you say something? Why didn’t you put him on the phone? I’m his mother! You know me!

Because—she says it slowly, sucking on each word like a lozenge—I. Don’t. Have. A Record Of. Your. Password.

Listen to me  No I will not keep my voice down  No I don’t want a tissue  No I don’t need a glass of water  What I need is your undivided attention   Yes I am howling because I have become his pain  What I need right now is for you to ease him down your scale backwards from ten to one  Someone to fix that torture rack you call traction  No do not tell me his broken body is too long for your beds  I have become his panic and paranoia  (He’s seeing cats and imagining white-coated cultists!)  What I need is one doctor to step out of that moving scrum and prescribe the proper doses of the proper medications   What I need is one nurse to change the sheets and sodden bandages   To speak to him with tenderness and respect   No I will not keep my voice down  Not until he receives intensive care   Level One

She must have heard my cries echoing down the nave
of the Cathedral of Unrelieved Suffering.
Silently, she materializes at his side, unbidden,
as though she’d flown,
passing through glass walls.

She inspects the traction, summons a practical nurse, obedient friar, to modify it.
. . . bed blocks must be placed under the foot end of the bed . . . raising it
a few centimeters provides a counter force to prevent the patient being pulled
distally down the bed by the longitudinal traction.

She checks levels, adjusts flows, presses buzzers, makes calls.
And lo! arrives the head nurse, Mother Superior, to supervise
the change of his dressings and bedding.
Comes the doctor, the Monsignor who can order him new alchemies.

Patient as a postulant, she questions until she’s satisfied
then she’s gone, leaving a vapor of unspoken directives,
and no one will pause to wonder at her appearance
or marvel at how this intervention came to pass.

The white cat has crept into his hospital room again. It watches him with mild eyes. This is not his first familiar. When he was little an imaginary friend, My Boy, joined the family rather suddenly but was welcomed nonetheless as if he were just another Jeremy or Ethan from first grade, or Gary and Gordon, the twins next door. My Boy had useful powers when it came to parents and an older brother. He dictated bedtimes and special menus, settled arguments. We became accustomed to including him in our daily lives, like leaving a place at the table for a guardian angel. Then one day, in response to some mild query along the lines of  “Would My Boy like to watch cartoons with you this morning?”  he said

My Boy is dead.
He got hit by a car while he was crossing the road to get cheese for his family.

Now the white cat comes to keep watch in the chill, artificial night.

He chose—from amongst
all the fearsome animals & monsters
& superheroes—a little skinny skeleton guy
with wrists bound and cuffed above his head
to reign as King of the Rubber Guys.
The others traded roles, went from good to bad,
but The Skeleton remained the leader.

With a dishtowel cape and Superman arms he flew.
I was there. I saw it.

He can still fly away.

Man with the Camera Eye

He makes his singular record of the moment-by-moment
(the otherwise tear-blurred recollections,
poppies in a cheap florist’s vase, shedding scarlet petals on a pillow).

He snares the moments
before they dissolve like a sleeping powder,
before all that is left are blinking lights on an electronic chart.

He proves that the moments
are more than the disjointed stuff of nightmare,
more than his stepson’s broken parts, more than the sum of those parts.

He must care for him this way. Intensively and without surcease.

. . . includes those too lazy or too preoccupied to repent,
and those who repented at the last minute without formally receiving
last rites as a result of violent deaths. These souls will be admitted to Purgatory
thanks to their genuine repentance, but must wait outside for an amount of time
equal to their lives on earth.

I sit by his techno-bed, dozing and starting awake; check the numbers on flickering screens; listen to the hiss of oxygen and small changes in the rhythm of his breath; rub the uncasted sections of his lacerated legs and broken feet, rearrange pillows in vain attempts to ease his suffering.

Am I crazy?
When are they going to operate on my foot?
Why do they keep postponing it?
Are they punishing me?

They won’t tell me anything!
Nor me.

This is the waiting room where one cannot remain forever, nor yet ever go to Hell. The days and nights spent here burn the soul clean of its venial sins, the less deadly Seven.

Hours drag at the pace of an IV drip.
The night nurse watches zombie movies.

By and by another helicopter settles on the roof.

He calls at 6 am to read a poem he’s written in the night
on scraps of paper and napkins, whatever came to hand.
The words are precise but his voice is dull.

They say the operation’s this morning, but I don’t believe them.
We ring off.

Then I have a thought. I call back.
When they take you to the OR, that poem’s going to get lost. Why don’t you read it to me again, slowly, with the line breaks and punctuation and I’ll write it down.

Line by line his poet’s voice grows stronger. When he’s done I read it back, risking the suggestion of a word change to make a phrase stronger. He resists but allows he’ll consider it. Read it again. And so for a small part of an hour pain and paranoia are sent to a corner.

The ankle’s set; last surgery.
All necessary pins and screws and plates and rods finally installed
and the contractors are signing off on their work.

My brother needs his music!
Bill, in from the coast on the redeye,
sets him up with the jazz he loves,
stakes out a bulky lounge chair by the window,
pulls the flowered blanket around his shoulders.
They sleep and talk and sleep
riding on mellow chords
into the night and out the morning.

Into the Mountains Whence He Came

A slow descent from the icy tower,
Legs encased in splints from hip to feet.
The wheelchair van is idling in the heat.

Time is distorted. Is it just the heat?
How many nights were there in those days?
How long did he suffer? In how many ways?

The past begins its slow retreat. The days
and nights ahead are marching into view.
The songs are old, the uniforms are new.

A wheelchair van pulls away
An icy tower melts into the heat.

The second floor is deserted.

And what of the little boy with nothing to show
but the fading bandolier-burn of the seatbelt across his chest?
He sleeps at the foot of their bed with the old chocolate Lab.

A kiss on the forehead—erases misery.
I kiss your forehead.

Leaves are yellowing
and the air is crisping by late afternoon.
I crest their driveway to see him
waiting outside in his wheelchair.

At first I do not notice that he has risen and is standing.
Now he’s putting one foot in front of the other,
making his halting way down the ramp
into my weeping embrace.

Marie Harris is a poet, editor, and essayist. She served as New Hampshire Poet Laureate from 1999-2004 and co-produced the first-ever gathering of state poets laureate. She is the author of four books of poetry, including the prose poem memoir, Your Sun, Manny. Her children’s books include G is for Granite & Primary Numbers, and The Girl Who Heard Colors (winner of the New Hampshire Writers Project 2016 award for Children’s Literature). She has written and performs, with musical accompaniment, a narrative of the life of Amy Beach, America’s first female composer. 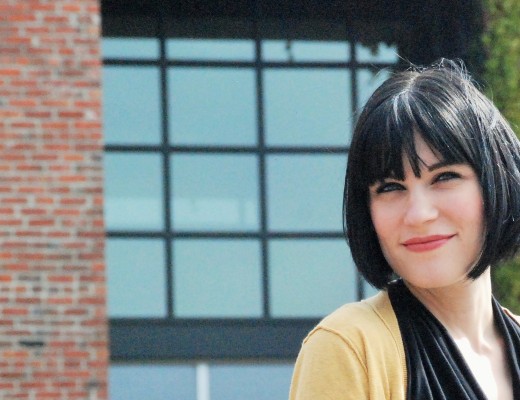 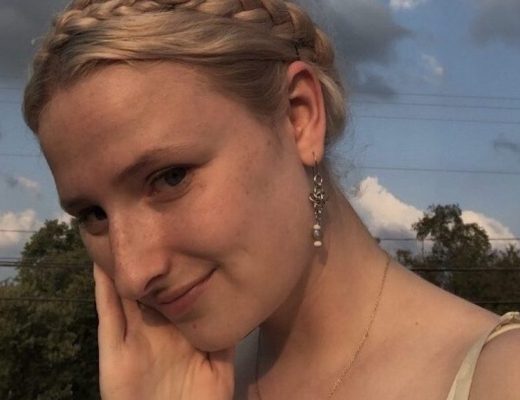