Declare the Pennies on Your Eyes 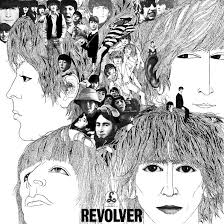 Here’s a challenge: name a good work of art about taxes. Their very nature resists creative engagement. Generally, those who complain most about taxes are those who can most afford to pay them, and when the president refuses to release his tax returns or even to disclose whether he paid any income tax at all, it is too easy to align the issue with one’s personal politics. At the same time, there is something Pollyannaish about being in favor of paying taxes, given that a lot of the money we pay to the federal government goes to fund things that we oppose. All that being said, I nominate “Taxman” by the Beatles the most successful creative work on the subject. Recorded for the Revolver album, the song features the snappy, bright guitar and psychedelic harmonies that characterized the mid-career Fab Four, but lyrics are lacking. The song was one of the few that George Harrison wrote for the band. He had just learned that the top tax rate in England at the time was 95 percent, thus the line “There’s one for you, nineteen for me.” Of course, the Beatles were not paying nineteen shillings out of every twenty in taxes. In a tiered system, income earners pay the same percentage in taxes at each level, with the rate increasing as income increases, which means George was talking top rates rather than effective rates, though what that was in 1966 for Harrison, I have no idea. He may have chafed at that, too.

In her essay for our April issue, Hilary Collins reveals that she tithed first to her church, then to her therapist. Now she is paying down on the dubious return of a psychic, when she seeks to connect with a boy who died, as a way of recapturing a missing part of herself. In her piece, “Laundry Chute” Eileen Favorite peers into a void and recalls a lifetime of memories. And Jason Reblando’s photo essay “Youth Boxing” reveals stark portraits of determination and aspiration. Read on. It’s free.

The Kind Of Writer I Am