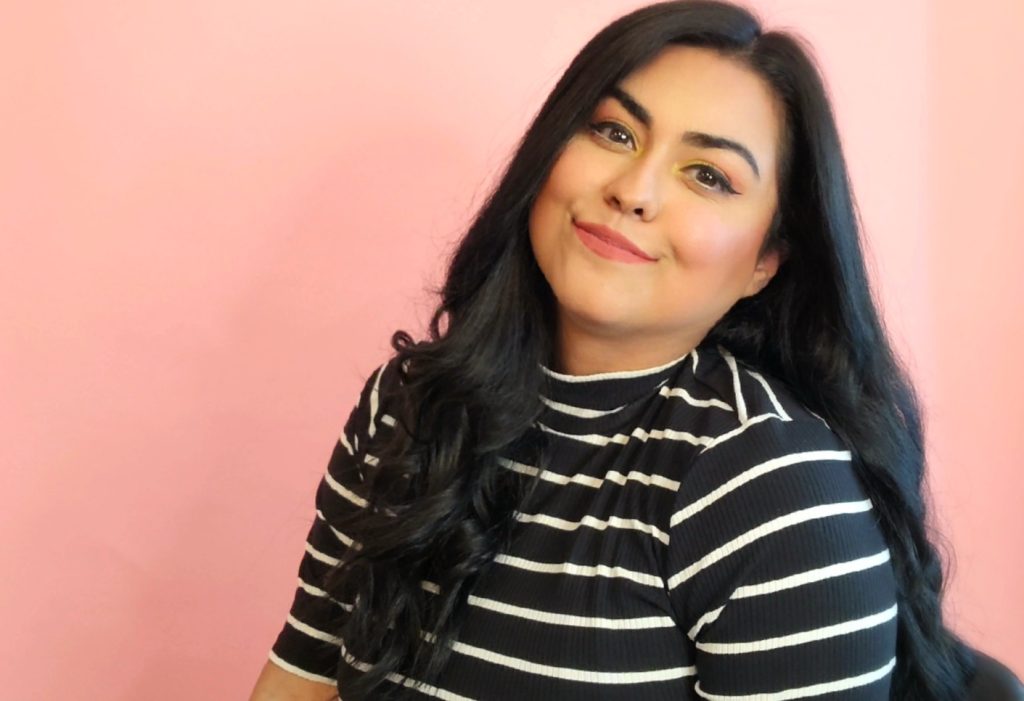 Iridian Fierro is a producer at WGN Radio and Voiceover Artist at Stewart Talent. She is in her first year of the Arts Management Master’s program. A returning student to Columbia College, Iridian earned her Bachelors in Radio in 2018. One of her favorite things to do is record Wrestfriends, a wrestling-focused podcast. After graduating from her master’s program, she hopes to be able to stay in the audio world and work creating festivals, comic cons, or managing artists.

How did you stumble upon this interest in wrestling? When did you realize you were passionate about talking about it?

I started watching wrestling when I was 6 or 7 years old. My dad would always have it on and we would watch it together. I thought it was amazing how people would fight each other, sometimes with chairs or tables involved. It was always the coolest thing on TV for me. I stopped watching for a few years during high school but caught an episode of a show when I started college and I was hooked again. I guess I didn’t grow out of love with it. I didn’t know any other women who liked wrestling, or even watched it when I was growing up.

I followed a lot of YouTube channels and Podcasts that talked about wrestling but they were all hosted by men. I discovered that my cousin loved wrestling just as much as I did and we just knew that we had to do something with it  When we created “Wrestfriends’, we wanted to connect with more fans who were women and give them a space to enjoy wrestling without being judged. There wasn’t much representation for women who like wrestling and talked about it and we wanted to change that. Now along with the podcast, we also have a YouTube Channel! Both are run by me and cousin Teti, she helped shape what the show is today and is an amazing cohost.

Who is your favorite wrestler? Have you interviewed them? Who would you love to interview someday?

My favorite wrestler is John Cena because he’s done it all, music, movies, hosting, and writing. I’ve met him in person and he’s just fantastic.

Because I work in radio, ( Graduated with a degree in Radio from Columbia in 2018) I’ve been able to interview wrestlers in the WWE like AJ Styles, Elias, Cesaro, and have even video chatted with the Bella Twins to ask a few questions. Without my Radio Interviewing class that I took as an undergrad, there’s no way I could’ve done those interviews.

Do you see yourself working in one of the professional wrestling organizations in the future?

I love interviewing and podcasting. I hope it’s something that I can continue to do and I would LOVE to get paid to do it. Being at Columbia has just made me see that sky’s the limit. My degree in Radio has kept me surrounded by music and audio which I love. So, even if I never do anything in the wrestling industry, I would love to work at a Top 40 station in the city.

How is Columbia helping you with your future goals and plans?

I like being behind the mic but I would also like to be behind the scenes at a concert or convention. With my Masters in Arts Management, I hope to be able to help run big shows like Riot Fest, Lollapalooza, Comic-Con, maybe even a wrestling event.