Kartemquin was founded in 1966 by Gordon Quinn, who has an honorary degree from CCC, and who is an Executive Producer on both Oscar-nominated films. Steve James, director of ABACUS, was awarded an honorary CCC degree in 2012. Tim Horsburgh, Director of Communications and Distribution, is a former part-time faculty of Business and Entrepreneurship (BUSE). Andrea de Fraga, the Director of Finance and Operations, is an alumna of BUSE’s Master of Arts Management program and former part-time faculty. Leslie Simmer, studied film at CCC and is the editor of AMERICA TO ME, another Kartemquin production that recently sold to STARZ for $5 million. Ryan Gleeson earned his BA in Film & Video at CCC and is Kartemquin’s Post-Production Manager. Jason Stephens, a BUSE Associate Professor of Instruction, is Chair of  Kartemquin’s board of directors. Filmmakers Dan Rybicky and Ruth Leitman, who have both directed previous and are currently developing active Kartemquin projects, are full-time faculty of Cinema and Television Arts.

Additionally, a number of Columbia students have recently served as interns for Kartemquin, including: 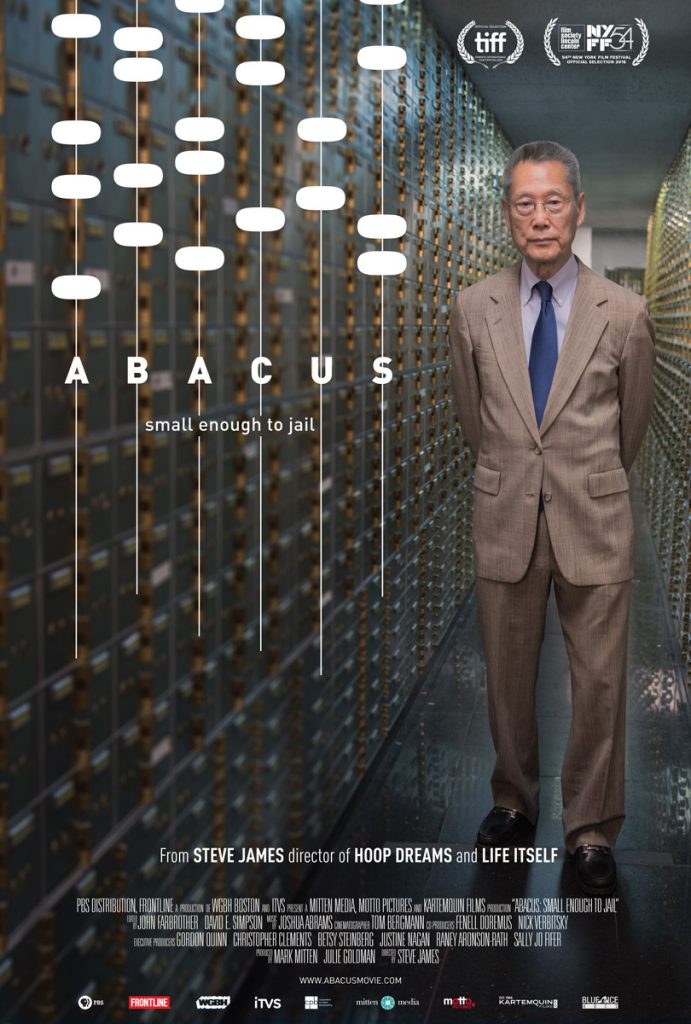 Directed by Steve James, and produced by Mark Mitten and Julie Goldman, ABACUS: SMALL ENOUGH TO JAIL “tells the incredible saga of the Sung family, Chinese immigrants and owners of Abacus Federal Savings Bank of Chinatown, New York. Accused of mortgage fraud by Manhattan District Attorney Cyrus R. Vance, Jr., Abacus becomes the only U.S. bank to face criminal charges in the wake of the 2008 financial crisis. The indictment and subsequent trial forces the Sung family to defend themselves – and their bank’s legacy in the Chinatown community – over the course of a five-year legal battle.” ABACUS is available to view on Amazon, iTunes, and the PBS FRONTLINE website. 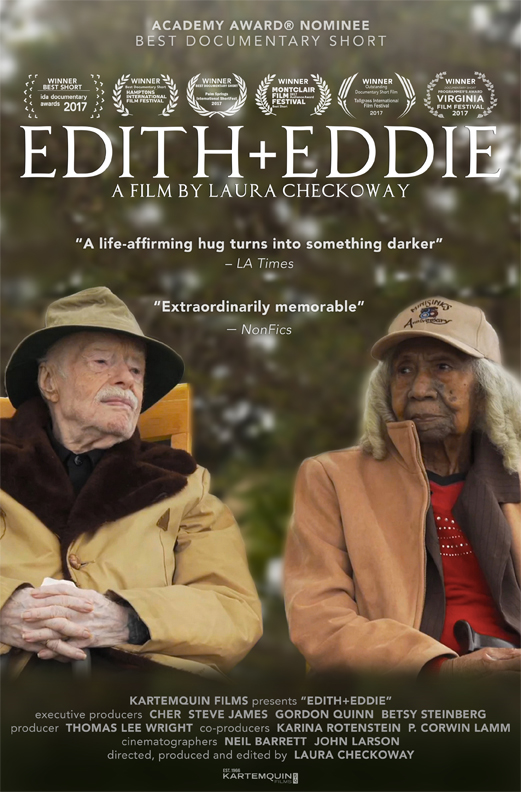 The short documentary EDITH+EDDIE, directed, produced, and edited by Laura Checkoway and produced by Thomas Lee Wright, is “an intimate portrait of America’s oldest interracial newlyweds: 96-year-old Edith and 95-year-old Eddie. Their love story is disrupted by a family feud that threatens to tear the couple apart.” Starting Friday, February 23, Chicagoans can see EDITH+EDDIE at the Music Box Theatre as part of a theatrical run of a  compilation of all the Oscar-nominated short films.

Be sure to tune into the 90th Academy Awards on March 4, and good luck to all who worked on ABACUS and EDITH+EDDIE!