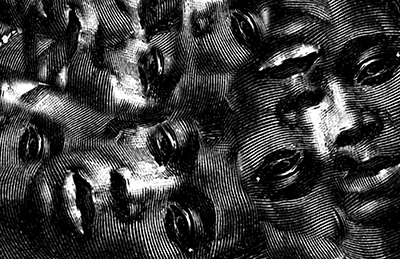 InterArts MFA candidate Janelle Dowell is focusing her thesis on a fascinating culture study on Black resort communities in America, and has made an experimental oasis called Watermelon Bay. Dowell is creating a complex multimedia installation, composed of sculptural elements, found objects, projection-mapped video, sound, as well as archival and original digital designs. 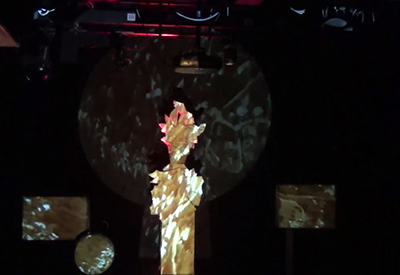 For Dowell, the project is a reminder to the descendants of slaves and other oppressed groups to embody the bravery and compassion their ancestors displayed. “June Morning,” is the ancestor created by Dowell to represent these qualities, and has led to energizing of spirit:

“I decided to create a paradise inspired by my ancestor. I decided to name her June Morning. I wanted to give my ancestor a voice. The spiritual connection that I now have with her has given me strength, courage, and an abundance of love.”

Her research led her to a rich history of Black resorts that began appearing in the early 1900s as the leisure industry developed. Yet African-Americans were persecuted in this era of recreation as in other facets of American life. In 1919, Eugene Williams, and African-American teenager, was stoned to death after violating the unofficial segregation of Chicago’s beaches.

Dowel writes: “Historically, this incident is synonymous with Red Summer, which refers to the deadly race riots that occurred in more than 34 cities in the United States during the summer of 1919. During Red Summer, the Chicago Defender newspaper featured articles countless feature stories about the bloody revolts while simultaneously advertising an African-American vacation community in Idlewild, Michigan. Leaders during that time knew that Idlewild could function as a safe gathering place, and more importantly as a touchstone of black identity and culture.” 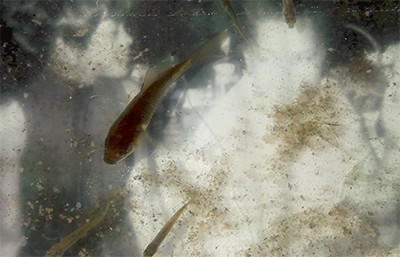 Idlewild became very successful, with at its peak over 20,000 vacationers spending their summer there, and was among two-dozen Black resorts that catered to middle and upper class African-American professionals up through the 1960s.

“Long-term I would like to help restore and revitalize this historic town,” says Dowell.

Find out more about her work here: http://www.janelledowell.com/