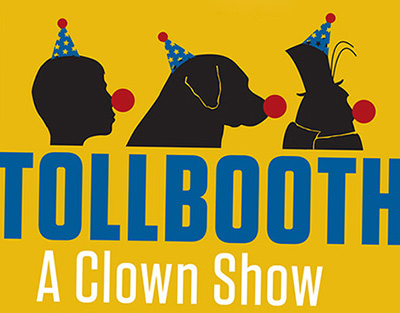 First Floor Theater, of which second year media student Sid Branca is a key member, presents Toolbooth: A Clown Show, running through May 18.

The performance is a work of clown and object theater, featuring eight clowns and twenty puppets, and is presented in partnership with the Chicago Parks District.  It is loosely based on The Phantom Tollbooth. Says Branca, “There are beautiful shadow puppet sequences, and talented people making ridiculous faces, and musical numbers, and a lot of moments that will make you giggle in a way that is both slightly undignified and extremely charming. This is a show for you, for your seven-year-old nephew, and for that manic pixie dream girl/boy you’ve been meaning to make plans with.”