InterArts faculty member Michelle Citron was just awarded a 2014  Individual Arts Program Grant from the City of Chicago’s Department of Cultural Affairs & Special Events Grants Department.  The  $5000  grant – the highest amount of the award – is for her film, Lives: Visible. 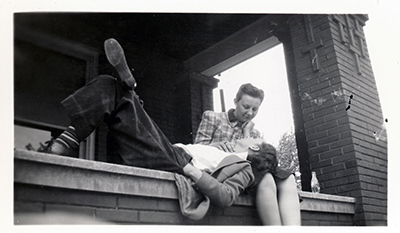 Lives: Visible is an elegy for two cultures – the working class butch/fem world of pre-Stonewall America and the film-based snapshot that captured much of 20th Century American life.  Using an archive of over two thousand photographs of a close group of lesbian friends shot in Chicago from 1936 through the 1975, Lives: Visible explores the ephemeral nature of all cultures and the way we know them from the objects they left behind.