Peace Paper director Drew Matott created the Peace Paper Project, an international project similar to Combat Paper, which works with military service men and women to transform their uniforms into paper. Peace Paper’s mission expands on this idea, seeking to respond to and alleviate the suffering of violence, loss, and grief around the world. 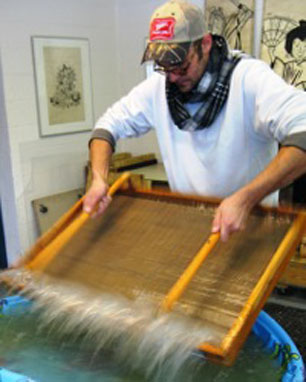 The Peace Paper team is composed of artists, writers, and a registered, board-certified art therapist and certified trauma consultant. The collective project provides training for art therapists across the United States, with a number of active international projects underway.
Their traveling papermaking workshops have been roaming internationally, using papermaking to tell important and personal narratives. Together with fellow project director Margaret Mahan, Matott has recently set up paper making workshops in Spain’s Basque country (where they have teamed up with the local Taller-Molino Eskulan paper making studio. 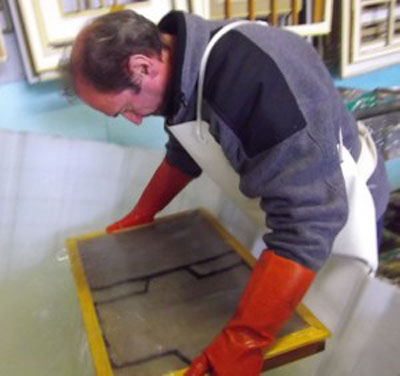 Starting in April 2012, they opened shop in Turkey, where Co-Director Margaret Mahan was recently profiled in Todays’ Zaman newspaper.

In the article, Mahan describes how their studio project is working to achieve its goals. She also announced that the Turkish Cultural Foundation has just awarded Peace Paper with a fellowship to continue its work in İstanbul, demonstrating Peace Paper’s continuing support as they harness local creative resources to build connections between participants and their communities.