The June 2 CD-release event at Schuba’s for the new work by Wooden Rings just got better. CAAP (Community Arts Assistance Project grant from the city of Chicago Department of Cultural Affairs and Special Events and the Illinois Arts Council, a state agency) has awarded the project a reimbursement grant, which Jihan will use for services rendered to record and package the record. Jihan and his ambitious ensemble have created acoustic chamber pop sound that adds a new twist to traditional broken-hearted love songs, in both creation and performance. The band is planning to have a special limited-edition of silkscreen printed t-shirts available at Schuba’s to commemorate the event. 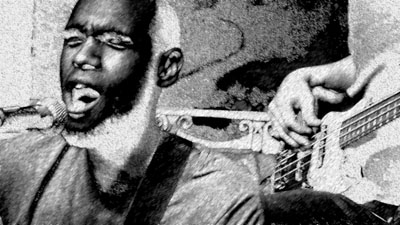 Ramah Jihan started creating the Wooden Rings music in his imagination, during long days of domestic construction and demolition in the summer of 2010. Often working in isolation for long periods, he had time to reflect and cope with the successes and failures of love, using his music as a way to interrogate the space between monogamy and polyamory. Filtering, remixing, and layering the music and lyrics in his mind during the long days, he was only able to set down the fine details with a guitar hours later, after returning home in the evenings. When he shared the music later with his collaborators (Brett Bakshis, Justin Rodig, Kayleigh Rodig, Ira Ochs, Marissa Deitz), they helped expand the intricacies and tonalities, while maintaining the unique subtleties that music weblog Stereo/Pirate called a “delicate balance of words and sounds.”

In addition to the June 2 CD release, Wooden Rings will be in the June 15 Songwriter’s Showcase at Elastic Arts in Chicago. There the group will be breaking down the songwriting process, telling stories, and dissecting the record for the audience in a unique Q+A setting. Part of the event discussion will involve creating colored chalk-rubbings to commemorate the CD release.

For a schedule of appearances, visit the Wooden Rings calendar page.