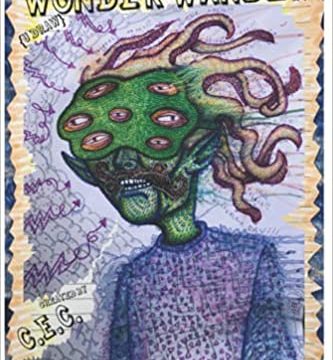 Clendenin, who studied Acting and Fiction Writing at Columbia College Chicago as a transfer student from the College of DuPage, grew up in Carol Stream, Illinois. As a child actor in the film The Blues Brothers, he was taught by John Belushi himself how to make bear tracks on the beach of Lake Wauconda. At Columbia he studied improv with one of Belushi’s mentors, the late longtime Theatre Department chair Sheldon Patinkin. He hosts the “audio collage” radio show “Inspirado Projecto” on KCHUNG Radio, which broadcasts on 1630 AM from Los Angeles’ Chinatown. As previously reported in this blog, Clendenin also performs with the vocal group Yächtley Crëw, a Los Angeles-based “yacht rock band” that tours the country to entertain music lovers with some of the greatest songs ever written back in the late ’70s and early ’80s, and to have as much fun as possible while performing those hits. The group is known for its live presence, banter, and onstage antics as well as its on-target musicianship.