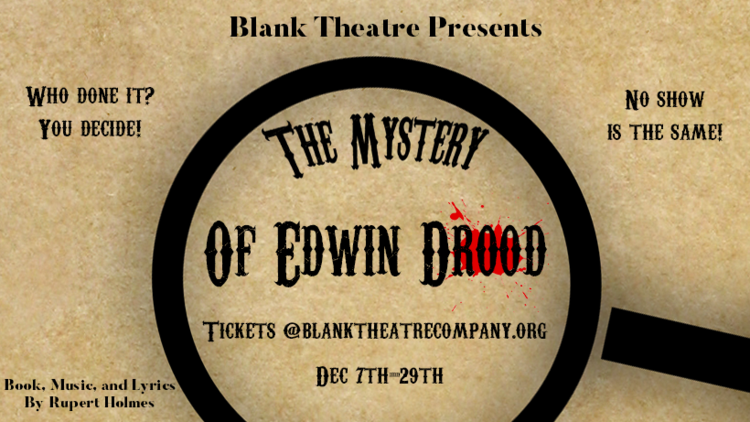 Current and former students in the Columbia College Chicago Theatre Department‘s Musical Theatre Program are featured in the musical The Mystery of Edwin Drood, running December 7 through 29 at the Edge Theatre, located at 5451 N. Broadway in Chicago’s Edgewater/Andersonville Theatre District. Presented by the Blank Theatre Company, Rupert Holmes’ musical is based on Charles Dickens’ unfinished novel of the same title. Because Dickens died before completing the murder mystery, the audience is invited to vote on “who done it,” guaranteeing a different result at each performance. For tickets, click here.