Chicago’s award-winning Theo Ubique Cabaret Theatre launches its new space with an intimate production of the musical The Full Monty on December 10, and the show features alumni and student talent from the Columbia College Chicago Theatre Department. 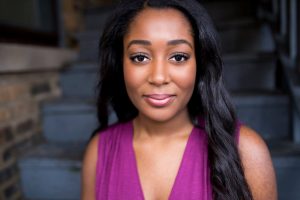 Written by Terrence McNally and David Yazbek, this stage version of the popular 1997 movie of the same name concerns a group of unemployed steel workers — all male — who come up with a bold way to make some quick cash by becoming strippers.