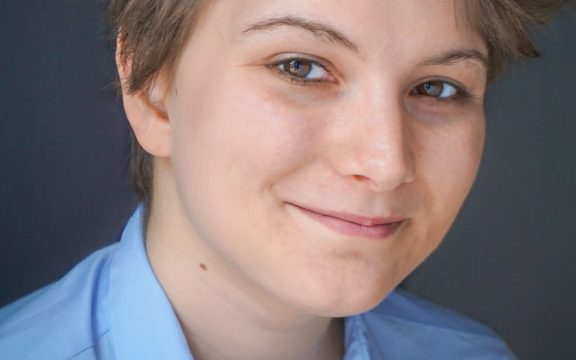 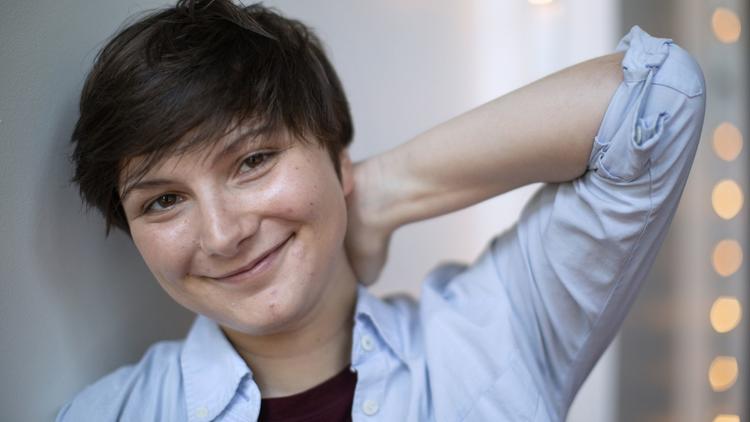 Writer-performer Starr describes the show as “a (sort of) solo sketch comedy show timed out to a pre-recorded cassette tape,” which is played on Starr’s 1979 Montgomery Ward boombox. The boombox serves as Starr’s scene partner and provides music and sound effects as, through characters, sketches, and song, Starr reveals a world in which constant noise is the norm, success is mandatory, and the quest for peace is never-ending.

“Appearing solo at the Frontier, Starr will be deconstructing a typical 16-hour day in the life of a working actor, with musical support from a big vintage boombox, a gift from her late aunt Jean, whose death the play mourns. . . . With Starr’s gifts for the tender and the ludicrous, audiences are sure to welcome this two-night event as a faithful self-portrait of the storefront scene by one of its emerging, uh, stars,” writes Chicago Reader critic Max Maller in an advance piece about Starr’s show. Maller quotes Starr as explaining their decision to perform a one-person show: “There’s a period that I think every comedian or performer who makes their own work deals with, where it feels like pulling teeth to get people to work with you. Not necessarily because they hate you, but because of scheduling. There’s not enough hours in the day.”

As previously reported in this blog, Hannah Starr was selected as one of 2018’s “Hot New Faces of Chicago Theatre” by Chicago Tribune theatre critic Chris Jones. In his annual “Our Hot New Faces of Chicago Theatre” column saluting emerging talent in Chicago’s vibrant theatre scene, Jones noted that Starr is a Columbia graduate and also studied improv at The Second City, the Columbia College Theatre Department’s partner in the BA Program in Comedy Writing and Performance. 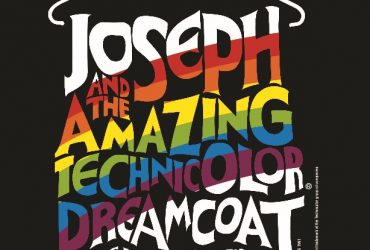 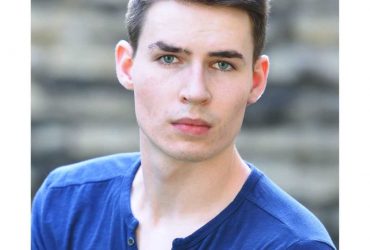