Columbia College Chicago Theatre Department alum Aidy Bryant ’09, a graduate of the Theatre Department’s BA Program in Acting and now a regular cast member on NBC’s Saturday Night Live, is slated to star in a new comedy series on Hulu. The Hollywood Reporter reports that Bryant will star in — and co-write — Shrill, based on blogger Lindy West’s memoir Shrill: Notes From a Loud Woman. According to HR: “Bryant will star as Annie, described as a fat young woman who wants to change her life — but not her body. Annie is trying to make it as a journalist while juggling bad boyfriends, sick parents and a perfectionist boss and as the world around her deems her not good enough because of her weight. She starts to realize that she’s as good as anyone else, and acts on it.” Hulu has given a six-episode order to the new series, which begins production this week in Portland, Oregon. Shrill will not impact Bryant’s status with SNL. As reported previously in this blog, Bryant is nominated for an Emmy Award for “Outstanding Supporting Actress in a Comedy Series” for her work on NBC’s Saturday Night Live during the 2017-2018 season — during which she prominently appeared as White House press secretary Sarah Huckabee Sanders in several episodes. The Emmy Awards will be presented on September 17. 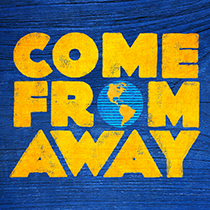