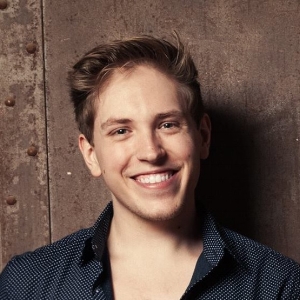 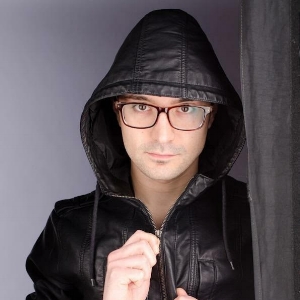 The world premiere of Cornerstone runs April 3-29 at Artspace 8, located on the third level of the 900 N. Michigan shopping center in Chicago’s Magnificent Mile retail district. The Cornerstone experience begins as soon as the audience members enter the space. The show is set at the “Cornerstone Lecture Series,” which encourages participants to become “the architects of their own lives” through individual motivational approaches and large group awareness training. Cornerstone promises “to harness your passion and unleash your unbridled potential” through wildly misappropriated design and architectural terms. As secrets about the organization’s true mission emerge, the attendees begin to rebel. Cornerstone’s goal is to challenge our definitions of allegiance, especially when we are looking for a place of belonging in a disconnected world. What are we willing to sign ourselves up for? Where do we draw our lines when we believe in a person or organization? Are the factors that drive our decisions really in our control?

Cornerstone has $10 previews on April 3 and 4. The show opens April 5 and runs through April 29. General admission prices are $25-$30, with half-price discounts for students and theatre industry members. For tickets and more information, click here.

Nothing Without a Company is one of five Chicago nonprofit theatre companies in the running for the League of Chicago Theatres’ 2018 Emerging Theatre Award. Sponsored by Broadway In Chicago, the organization that operates theatres in downtown Chicago that host national tours and tryouts of Broadway shows, the annual award is presented by the League of Chicago Theatres, Chicago’s advocacy and support organization for commercial, nonprofit, and educational theatres in the Chicago area. The award recognizes companies on the basis of both artistic excellence and fiscal responsibility in business practices. The award winner will be announced at the League of Chicago Theatres’ annual gala on Monday, May 21. For more information, click here.