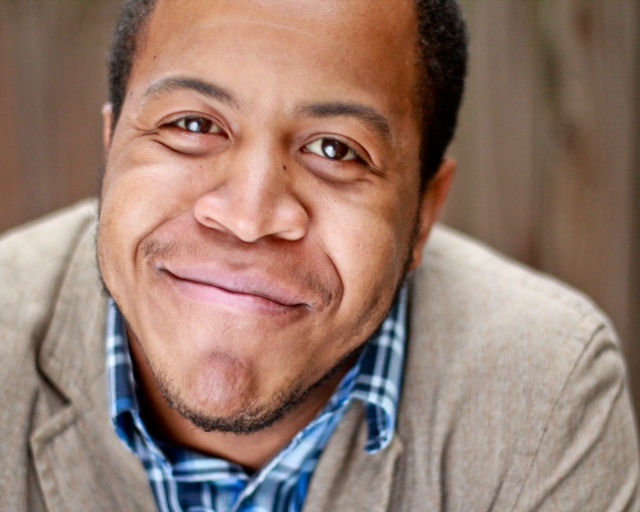 Columbia College Chicago Theatre Department alumnus Michael Allen Harris ’11, a graduate of the Columbia College Theatre Department’s Acting program, is featured in the March 7, 2018, issue of Chicago’s LGBTQ newspaper Windy City Times. Harris was interviewed on the occasion of Broken Nose Theatre‘s premiere of his new “dramedy,” Kingdom, running through March 31 at the Den Theatre, 1331 N. Milwaukee, in Chicago’s Wicker Park neighborhood. The play focuses on a black gay male couple in their 70s — partners of some 50 years. As Harris, 29, told WCT interviewer Catey Sullivan: “The stories of these men aren’t told. I don’t want men like [them] to leave this world without having someone try to acknowledge their existence, their stories.”

Harris, currently pursuing his MFA in Dramatic Writing at New York University’s Tisch School of the Arts, told WCT: “I wanted to write a story about gay African-Americans and a play about elderly people because those people are so often invisible onstage, completely subtracted from the narrative. It’s like when you turn 60, you’re largely forgotten about. But people over 60 fall in love. They have things to say.” Harris also emphasized that he wanted to explore the upbeat and humorous aspects of his characters’ stories as well as their more serious sides: “I definitely didn’t want to make this a play about the woes and sorrows of gay people. I wanted these characters to enjoy living their lives. Really messed up things happen in real life, and we find ways to laugh at them.” You can read the full Windy City Times interview here.

Tickets to Kingdom are “pay what you can.” For tickets, click here.

Harris is Broken Nose Theatre’s resident playwright. His other plays include Rocky Road, which received its world premiere at the Columbia College Chicago Theatre Center in 2013 — the first play by a Columbia College alumnus ever featured in the Theatre Department’s mainstage season. Broken Nose Theatre’s founding artistic director Benjamin Brownson describes Harris’ artistic voice as “Tennessee Williams meets August Wilson with a dash of Dan Savage for good measure.” Harris is also an actor and is an ensemble member of Chicago’s Eclipse Theatre Company. 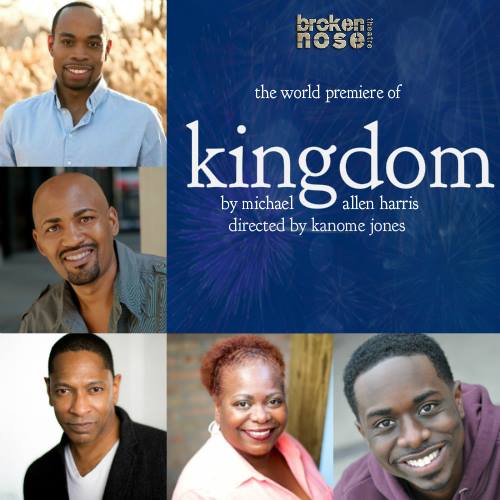 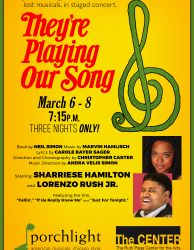 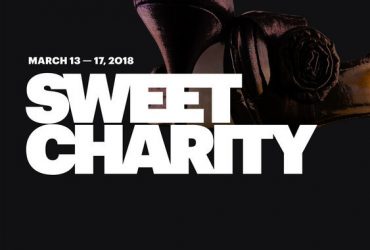