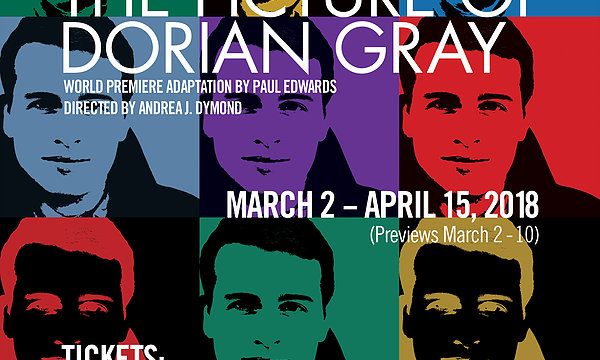 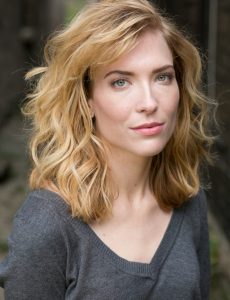 Columbia College Chicago Theatre Department faculty and student talent are on display in a new adaptation of Oscar Wilde’s classic story The Picture of Dorian Gray, running March 2-April 15 at City Lit Theatre in Chicago’s Edgewater Theatre District. Faculty member Andrea J. Dymond directs this rethought version of the Victorian tale, which updates Wilde’s 1890 novel to New York City in the 1970s. Faculty member Scott Olson plays the role of Henry Wotton, the man who tempts the story’s protagonist, Dorian Gray, into a life of libertine hedonism. And Alyssa Thordarson, a former student in the Theatre Department’s BA Program in Acting, plays Sybil, the young actress who falls in love with Dorian.

Wilde’s novel ranks with Frankenstein and The Strange Case of Dr. Jekyll and Mr. Hyde as a defining excursion into psychological horror. Dorian Gray expresses the desire that his newly painted portrait, rather than he, will age and fade. This idle, destructive wish is granted: Dorian stays young and beautiful while his portrait ages and takes on the weight of his sins. He is both fascinated and trapped by this fatal freedom from responsibility, and enters into a life of hedonism. In this world premiere by Northwestern University professor Paul Edwards, Dorian is a beautiful young man living in 1970s and ’80s New York during the dawning of the AIDS and crack cocaine epidemics. While Dorian never appears to age or get sick, a cursed portrait of him reflects the effect of his years and his misdeeds. 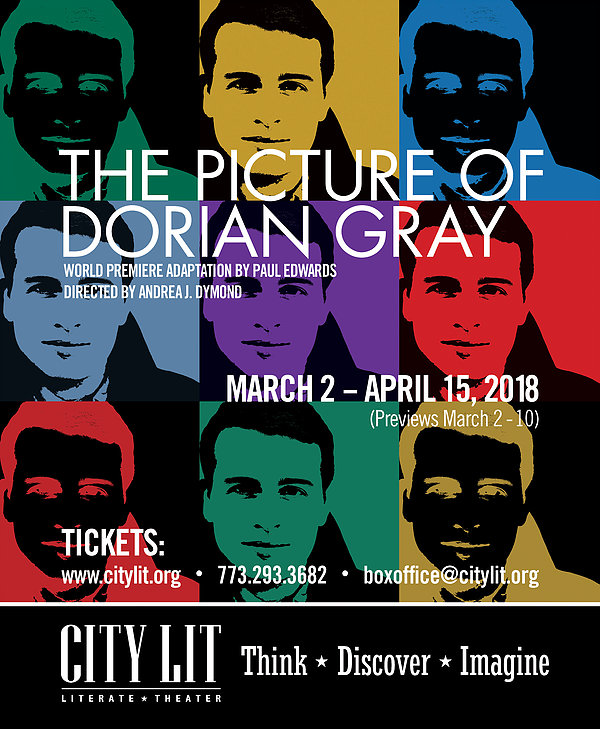