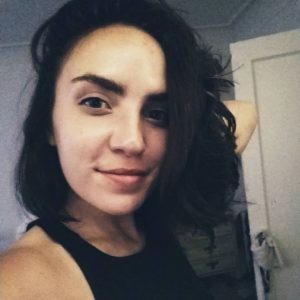 Columbia College Chicago Theatre Department alum Kellen Marie ’16, a graduate of the Theatre Department’s BA Program in Musical Theatre with a Minor in Stage Combat, is in the cast of Sir Gawain and the Green Knight: A Rock ‘n’ Roll Musical, running December 1-17 at Raven Theatre, 6157 N. Clark, in Chicago’s Edgewater Theatre District. This world premiere from Pearl Poet Productions spins the medieval legend of Sir Gawain, a knight of King Arthur’s Round Table, and the heroic challenge he accepts on behalf of his king. Gawain may deal his best axe-stroke to defeat the strange visitor known as the Green Knight; if he survives the fatal blow, the Green Knight may return his best stroke to defeat Sir Gawain one year later. The show tells the tale of the year between the two fateful strokes and the epic journey Gawain goes on to fulfill his mission. Brought to anachronistic life with music by Foreigner, Steve Winwood, Scorpions, and other rock artists, Sir Gawain explores the themes of honor, temptation, and sticking to your own moral code. For tickets, click here. 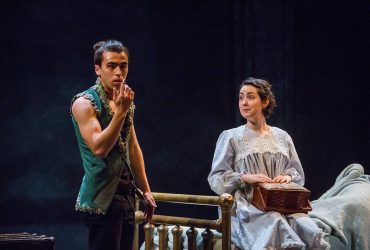