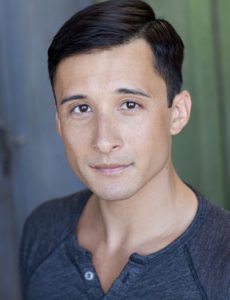 Based on the story that inspired the Academy Award-winning film, the charity and the national movement, Trevor is a coming-of-age story about identity, emerging sexuality, and the struggles of growing up in a world that may not be ready for you.

The title character is a 13-year-old boy in 1981 whose vibrant imagination drives a turbulent journey of self-discovery. As he deals with adolescence and all that goes with it, Trevor begins to explore what it means to be himself, influenced by his friends, parents . . . and Diana Ross.

This world premiere musical is directed by Marc Bruni, who helmed the Tony Award-winning production of Beautiful: The Carole King Musical on Broadway. The show features book and lyrics by Dan Collins and music by Julianne Wick Davis.

Advisory: This production is intended for audiences aged 13 and up, and contains themes of sexuality and self-harm.