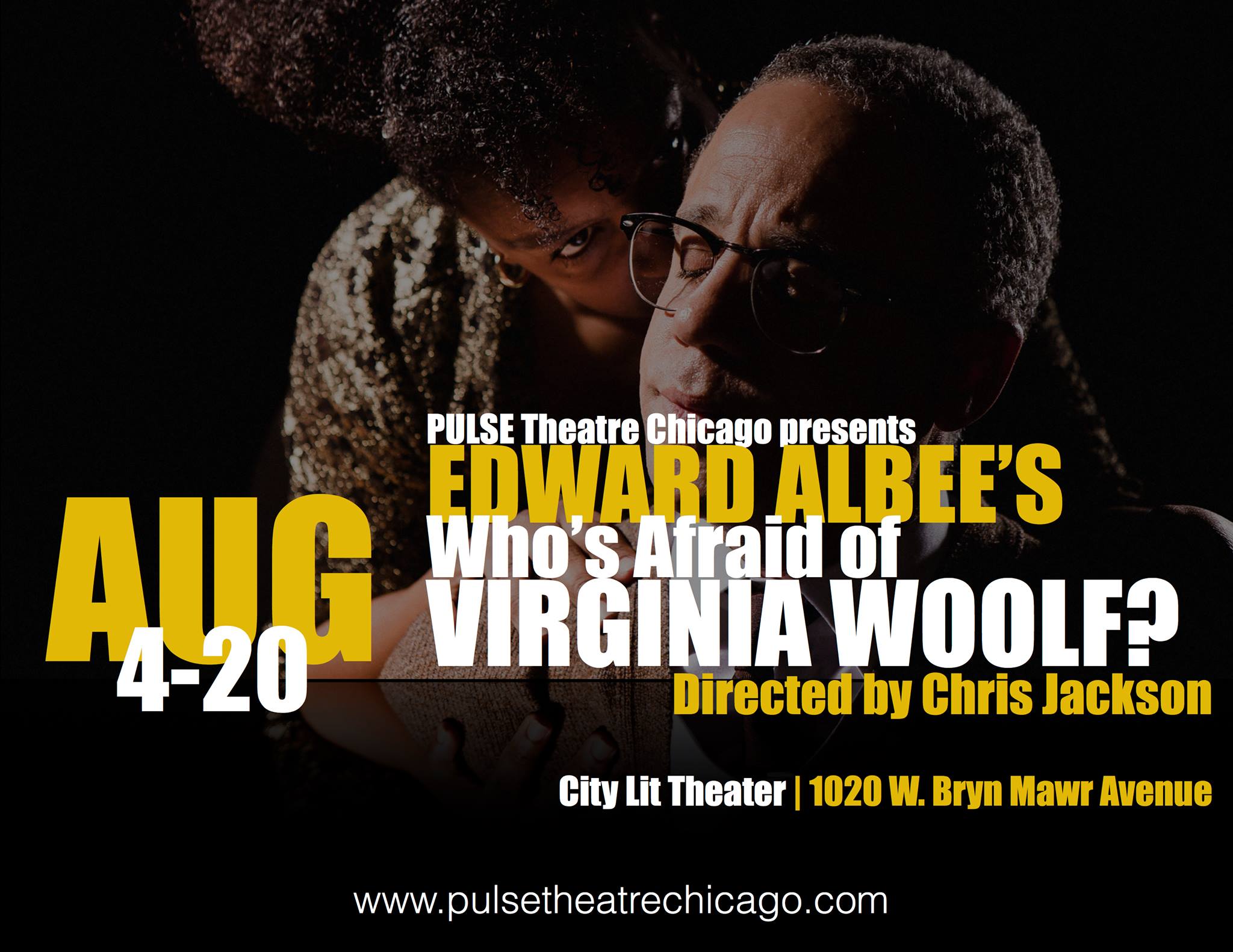 The production is directed by Columbia College alumnus Chris Jackson ’14, a graduate of the Theatre Department’s BFA Program in Musical Theatre Performance. Jackson’s production features a diverse non-Equity cast. “We try to find new, emerging actors regardless of race and bring modern relevance to classic works,” says Jackson. “Our core values are to spark change, ruffle feathers, and select projects that truly speak to us and our audience. Pulse was founded and runs on the belief in inclusionary theatre and including a multitude of voices in our work.  We operate with the object of diversifying our artistic counterparts and the minds of our audience; changing the idea of what theatre is and should be.” “Virginia Woolf is an absurdist allegory of Albee’s displeasure with the cultural shift caused by World War II. He detested the fact that this shift created a world rooted in fiction and fueled by illusion. . . . This reflects our current reality, which is what drew me to this play,” says Jackson.