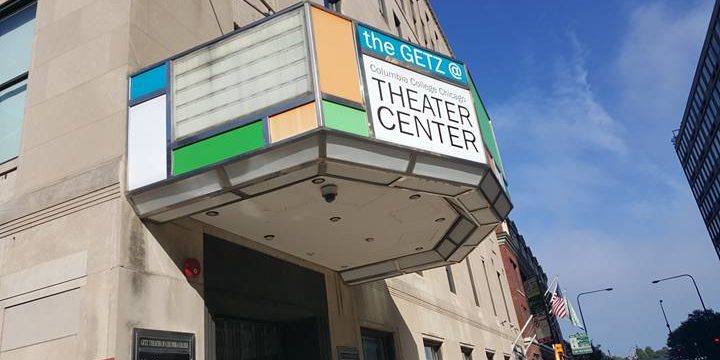 Theatre, Uncategorized Comments are off

This is what the Getz interior looked like (from the stage) at the end of this week . . .

. . . and here is an artist’s rendering of what it will look like when it reopens next year:

As part of the renovation, the Classic Theatre adjacent to the Getz will become the theatre shop, with direct access to the Getz stage to allow scenery changes during a performance. The Classic Theatre (our first-floor black box studio) will be relocated to the front of the building, separated from the Getz by an acoustically isolated corridor. In addition, portions of the second floor of the building, above the auditorium, will be gutted to make room for dressing rooms, restrooms, and technical areas. New heating and air conditioning is also being installed. 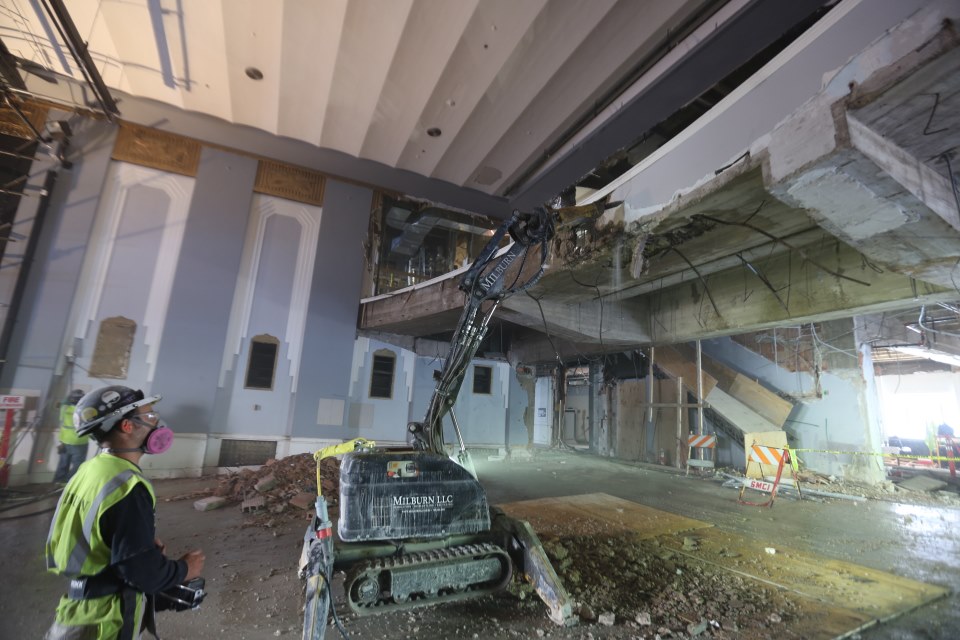 The Columbia College Chicago Theatre Center building was built in 1929 by Holabird & Root, architects of outstanding Chicago skyscrapers such as the Chicago Board of Trade, the Palmolive Building and the 333 N. Michigan Avenue Building. The Theatre Center, a six-story, limestone-clad Art Deco building, was originally owned by the Chicago Women’s Club and housed the organization’s meeting rooms, offices, and a theater. Rich in history, it was the site for rallies in support of women’s voting rights, efforts on behalf of compulsory education laws, and fundraising for scholarships at the School of the Art Institute of Chicago and a women’s dormitory at the University of Chicago. The building was acquired in by Columbia College in 1980. In 1985, the college restored the main auditorium, formerly known as the 11th Street Theatre, with a gift from the family of Oscar and Emma Getz. The current renovation marks the first upgrade to the space in more than 30 years. The two-year project is estimated to cost $9 million and is being led by extensive input by the faculty and designed by architect David Broz, a principal at Gensler, the world’s leading collaborative design firm, which specializes in urban and educational spaces.

The Getz renovation is part of an ongoing effort by Columbia College Chicago to improve student experience and address the needs of the 21st century student as they enter rapidly evolving industries. John Kavouris, associate vice president of Facilities and Operations at the college, credits the administration for shifting operational resources to focus on students and academic improvement. “The Getz renovation is a good example of this,” he says. “Doing deferred maintenance (such as repairing the inefficient boilers underneath the stage) in conjunction with new capital projects (redesigning the interior) is very efficient. It’s proof that the leadership is thinking economically while keeping the student experience in mind.”