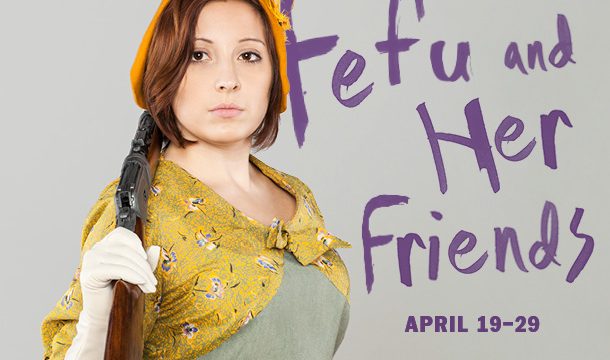 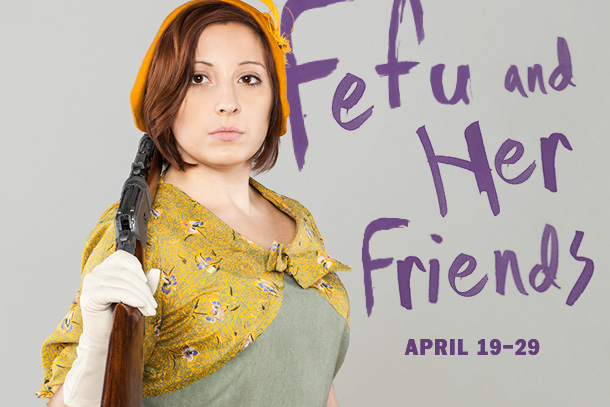 This production of Fefu and Her Friends brings together faculty, students, staff, expertise, and equipment of both the Theatre and Television departments in an ambitious showcase of Columbia College Chicago’s collaborative capabilities. The show is directed by Theatre Department faculty member and alumnus Brian Shaw ’86, a graduate of the Theatre Department’s BA Program in Theatre, who leads a cast and creative/production team composed of students in the Theatre, Television, Music, Audio Arts and Acoustics, and Fashion Studies departments. For a complete company list, click here.

Fefu and Her Friends, written and first produced in 1977, is set in the New England country house of Fefu, a strong-willed woman who has gathered a group of her female friends together to rehearse a presentation for an education charity. As the eight women celebrate their creative connection, the audience joins the journey through their complex private lives.

The play begins in Fefu’s living room and then moves throughout the house, dispensing with the traditional “fourth wall” that separates actors from audience as the action moves from room to room.

“I think the play will translate well to the camera,” says Brian Shaw, an actor and director with extensive credits in theatre, television, and film. “The ‘promenade’ scenes in the middle of the play bring the audience into close proximity to the performers. It’s Fornés’ way of providing the audience an intimate experience of the characters’ interactions. The camera can of course do that through the close-up. The live shoot of this particular play offers an interesting opportunity to bridge the space between live and televised performance. And we’ve had to consider the TV factor into design decisions so that the design of the show works for both theatrical and on-camera contexts. [It’s] going to be intense—90 minutes of live TV—but I think we are going to be quite well-prepared to pull it off.” A leading figure of the Off-Off-Broadway movement of the 1960s and ’70s, María Irene Fornés “recognizes how difficult—and how pleasurable—it can be to spend time in a room with other people,” adds Shaw.

Tickets for the live performances at the Columbia College Chicago Theatre Center are $10 for general admission, $5 for senior citizens and students of other schools, and free for Columbia College students and faculty. For tickets, call 312-369-8330 or click here.

Tickets are free for the April 28 live-stream presentation at Film Row Cinema, but reservations are required. To secure a free ticket to the live-stream, click here.