Columbia College Chicago Theatre Department alumnus Sean Patrick Leonard ’97, a graduate of the Theatre Department’s BA Program in Acting, has been nominated for Best Actor in a Short Film by the 2017 Twister Alley International Film Festival. Leonard was nominated for his performance in the new indie drama Rockabye, which will play at the Twister Alley fest, which runs April 27-29 in Woodward, Oklahoma. The film, which Leonard also wrote, was also nominated for Best Short Screenplay and Best Short Drama Film at the festival. Rockabye is slated to be screened at numerous film festivals around the country this year and next. The film concerns a man trying to hold onto his family by the skin of his teeth in a society that does not fully appreciate single father. John, the character played by Leonard, is trying to raise his two young children on his own following the death of his wife in a car accident, during which he was driving. “Rockabye explores the complex world of fatherhood where the mother is ripped away at a moment’s notice. It’s a story of healing after terrible loss,” explains Leonard, who is also the film’s co-producer. “It also raises questions about the way our society views fatherhood and the single parent and the fear that comes with survival.”

Leonard got the idea for the script after suffering a horrific injury on the day before New Year’s Eve 2015. “I shattered my leg pretty bad, tearing the ligaments and breaking the tibia at the ankle. I was very lucky I was not killed that night. It was in the middle of a street in on-coming traffic. After surgery, I had to resume my life as a stay at home father. Raising two young children on two legs is the most challenging job I have ever had in my life, try doing it on one leg. Yeah, nearly impossible! I laid in my bed one night with my wife while I was laid up and thought how grateful I am to still be alive and how lucky I am to have this amazing woman in my life. Would if I didn’t have her? Would if she were gone in the blink of an eye? How would I go on? How would I be able to take care of my children? That’s where Rockabye was born.”

The film has also inspired The Rockabye Project, which honors and gives a positive voice to fathers nationwide  on social media. The Rockabye Project recently partnered with the charitable organization Buddy’s Place/Pillars, a bereavement/grief program that offers family-based support groups to grieving children, teens, and their families. Pillars is the largest nonprofit provider of mental health and social services in the western and southwestern suburbs of Chicago.

Leonard is also nominated for Best Supporting Actor at the Twister Alley festival for his performance in another short film, Cellar Door. A Chicago native, Leonard has been a professional actor for the past 20 years, since graduating from Columbia College’s Acting BA program. He has worked extensively in the Chicago theatre scene, including a stint as artistic director of Speaking Ring Theatre Company, and currently is focused on working in film and television, including roles in the shot-in-Chicago TV series Chicago Fire. 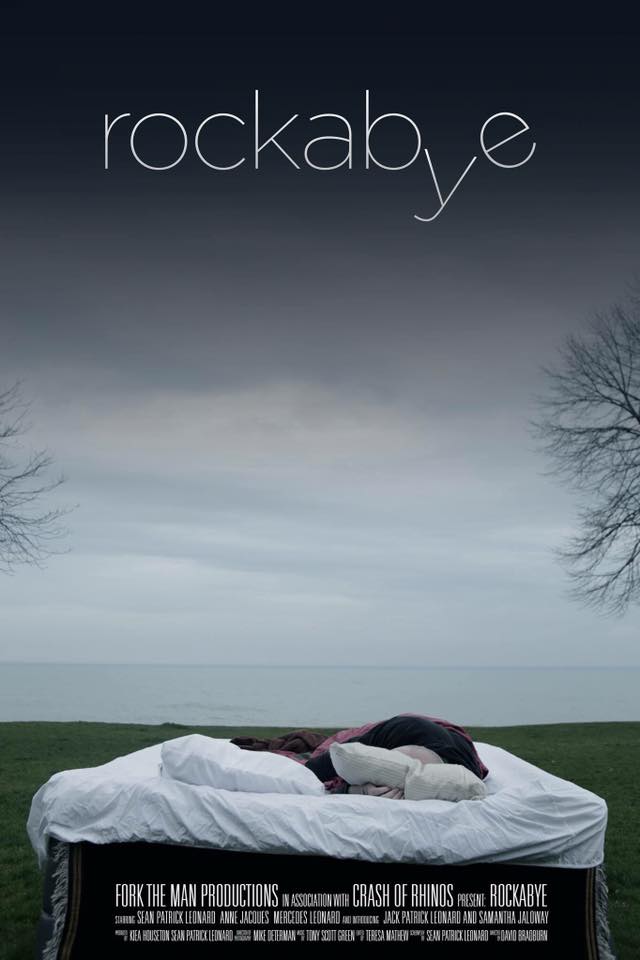