Peerless, presented by the First Floor Theater, runs February 12-March 11 at the Den. Described as “a blisteringly funny new riff on Shakespeare’s Macbeth about the unbreakable bond between sisters whose vaulting ambition will not be deferred at any cost,” the show concerns twin sisters — students at an ordinary Midwestern high school who are competitive with everyone except each other — who hatch a sinister plan after their combination of perfect academics, killer extracurriculars, and calculated self-identification fails to impress the early decision admissions board at their intended college. For tickets, call 312-857-6406 or click here.

The Source, presented by the Route 66 Theatre, is a world premiere psychological drama running March 2-April 2. It concerns two American journalists who are summoned to travel across the world to meet with an unidentified leaker of hacked documents and information on the U.S. government. For tickets, call 773-697-3830 or click here. 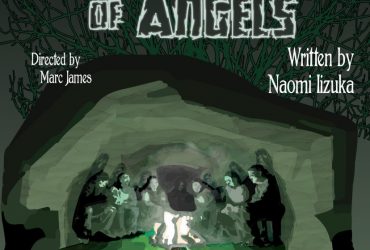