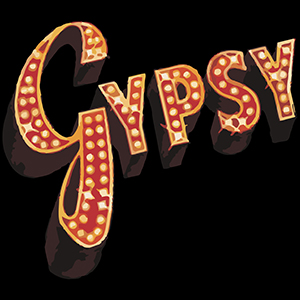 Elya Faye Bottiger, a senior in the Columbia College Chicago Theatre Department‘s Musical Theatre Performance BFA program, is featured in the classic musical Gypsy, running June 2-12 at Timber Lake Playhouse in Mt. Carroll, Illinois. Bottiger will play Tessie Tura, the seasoned stripper who grooms novice Gypsy Rose Lee for her career as a burlesque queen, in this production of the show, which is based on Lee’s own memoir.

Bottiger, a native of St. Louis, Missouri, is a two-time recipient of the Jim Jacobs Musical Theatre Scholarship at Columbia College Chicago. The scholarship was established by Jim Jacobs, co-author of the hit musical Grease, to aid Columbia College musical theatre students as they pursue the training that will help them launch a professional career.

Besides Gypsy, Bottiger will appear at Timber Lake Playhouse this summer in the musicals Rock of Ages (June 30-July 10) as a member of the ensemble, A Funny Thing Happened on the Way to the Forum (July 14-23) as the ingenue Philia, and Titanic (July 28-August 7) as Alice Beane. Timber Lake’s 55th annual summer subscription season runs through August 7.

Before joining the Timber Lake company, Bottiger had been appearing in the musical revue At Mister Kelly’s, a tribute to the fabled Chicago nightclub and the stars who performed there. She has been replaced in that show by Haley Benson, also a senior in Columbia College’s Musical Theatre Performance BFA program, for the duration of the revue’s run through June 4 at the Berger Park Coach House Theatre, 6205 N. Sheridan in Chicago’s Lakeview neighborhood. For tickets to At Mister Kelly’s, click here.