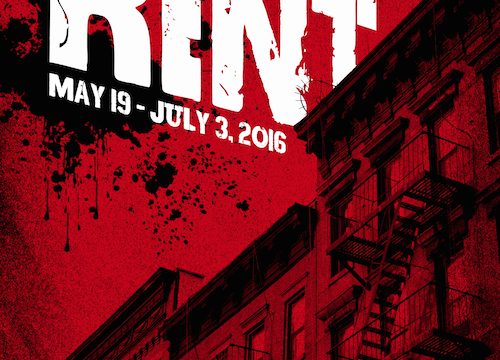 Alumni of the Columbia College Chicago Theatre Department‘s Musical Theatre and Acting programs are featured in Rent, running May 19-July 3 at Metropolis Performing Arts Centre , located at 111 W. Campbell in the Chicago suburb of Arlington Heights. Dominic Rescigno (BA ’13), a graduate of the Theatre Department’s Acting BA program, co-stars as Mark, an aspiring filmmaker who documents the turbulent lives of his friends. The show’s ensemble includes Danielle Jackman (BA ’15), a graduate of the Theatre Department’s Musical Theatre BA program with a minor in Dance from the Dance Center of Columbia College Chicago, and Mallory Maedke (BFA ’14) and Brittany Wolf (BFA ’15), graduates of the Theatre Department’s Musical Theatre Performance BFA program. Maedke is a “Seasons of Love” soloist and the understudy for Joanne. Wolf plays Alexi Darling and is the understudy for Mimi. Here are some pictures from the production. An album of photos from the show is posted on Metropolis’ Facebook page.