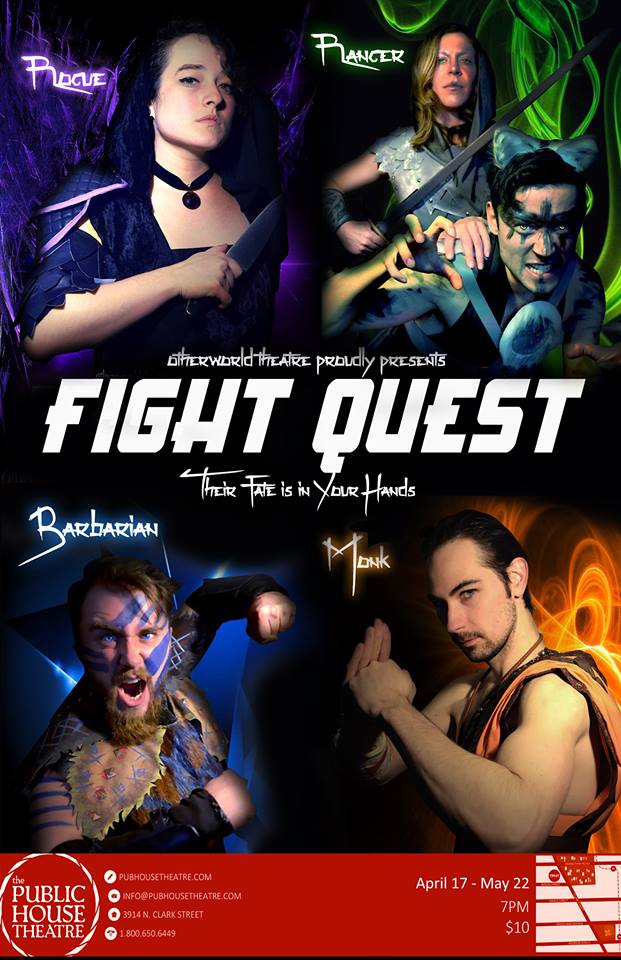 Otherworld Theatre Company, an ensemble founded and led by Columbia College Chicago Theatre Department alumni, opens its next production Sunday, April 17: Fight Quest, Module One: The Bandits of Hollow Hill. The fantasy-oriented production runs Sundays at 7 PM from April 17 through May 22 at the Public House Theatre, 3914 N. Clark, Chicago. For tickets, click here.

“Bandits have taken up refuge in Hollow Hill, raiding any caravan that passes,” the show’s creators declare. “The local townsfolk are desperate for a savior to come and chase the ruffians away . . . and you may just be exactly what they’re looking for! Choose your champion–from Barbarian, Ranger, Monk, or Rogue–and play beside them as you guide their path. Root for them as you watch your chosen champion fight enemies with the spectacle of fight choreography. Intrigue, choices, and plenty of fights await you. If adventure and glory call out to you, the Game Master will see you now.”